WANNING, Hainan/CHINA (Sunday, December 7, 2014) – It was ladies day at the GoPro World Longboard Championships, China hosted by Wanning (WLC) today as officials made the call to run through all of Round 2 and 3 of the women’s event and put the men’s event on standby. By day’s end there was just 12 surfers left in contention for the 2014 ASP World Longboard title. A consistent day of good 3 foot surf saw the world’s best female Longboard surfers dominate the long left hand waves at Riyue Bay. 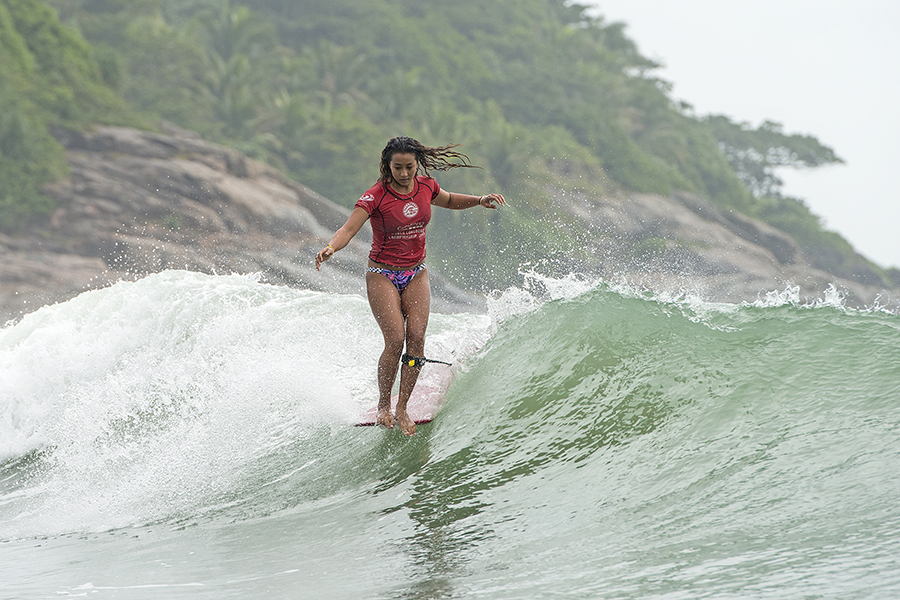 CAPTION: Kelia Moniz (HAW) with her toes well and truly over the nose. PIC ASP/Will H-S.

Reigning two-time ASP Women’s World Longboard champion Kelia Moniz (HAW) comfortably advanced to the final 12 surfers although not as convincingly as her opening day heat win. Moniz showed flashes of her brilliance and held nothing back in the heat, always going for critical hang 10s along with utilising the fast and steep wave sections but she did fall on quite a few occasions and was pushed to the end by young Australian Erin Dark.

“I feel good after that heat,” said Moniz. “I was a little leg wobbly, but now’s the time to have a heat like that and I’m through and looking forward to bigger and better waves over the next few days. It’s going to be a really fun finish!”

No. two seed Chelsea Williams (AUS) continued her great record here at Riyue Bay easily accounting for Japan’s Yuki Suziki. Williams top scored the day with a 9.50 and an 8.50 for a heat-total of 18.00. William’s surfing seems perfectly suited for this wave and her record here reflects that familiarity having won the event in 2011 and placed 2nd in 2012 and 2013.

“I do love this wave,” said Williams. “It’s a long peeling left point break that allows you to show your full bag of tricks. I feel I know the wave well, but so do my opponents. It’s always nice to get big scores, the hard part is doing it in every heat.” 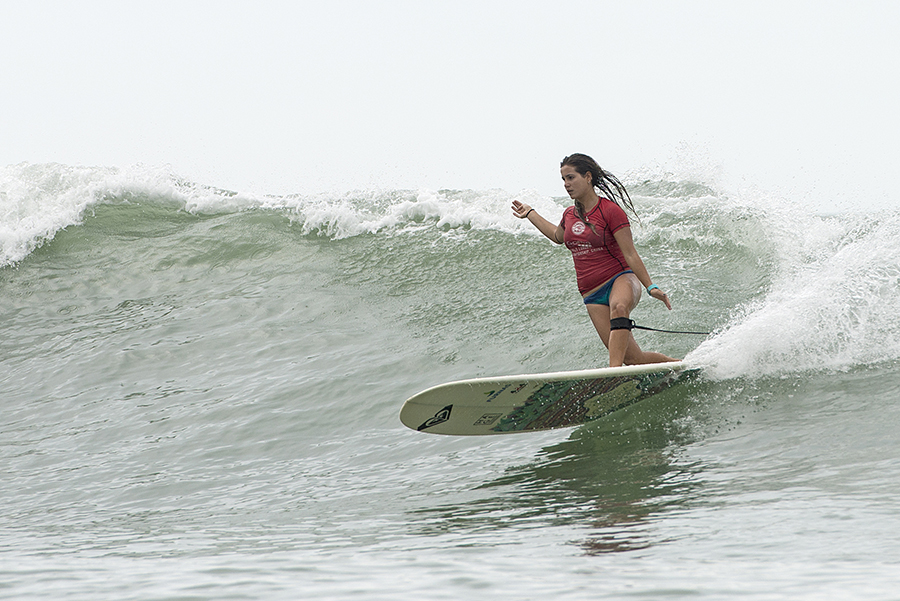 CAPTION: Kelia Moniz (HAW) with her toes well and truly over the nose. PIC ASP/Will H-S.

Brazil’s Chloe Calmon (BRA) was another of the day’s standout performers, proving that coming here early to prepare for the event can pay off. Calmon rode the nose long and fast and performed beautiful and traditional drop knee cutbacks to easily advance into Round 4.

“It’s nice to get another Round out of the way and keep progressing,” Calmon said. “I was really excited to get back out there because the waves were really good today. I feel really comfortable with the new judging criteria, I feel like it really suits my surfing. Surfing with a classic style is what I like most about longboarding.”