Jacob Willcox (Margaret River, WA) fought tooth and nail in an attempt to bag the Men’s title. After remaining on the ropes for a solid portion of the final, the West Australian goofy-footer managed to post a 7.35 wave score in the final 30-seconds of the final, which propelled him past Ethan Ewing who was previously sitting in a reasonably comfortable position with a 12.95 heat total (out of a possible 20 points).

“I couldn’t hear anything when I was out there, so I just continued to catch waves and hope for the best,” said Willcox. “When I saw Ethan get that last wave, I thought I’d lost it and it wasn’t until I got to the beach that I found out I’d done enough. It feels pretty good to get the win here. After my recent injury, Cabarita was the first place I surfed on a little foamie. It’s pretty cool to come back here a few months after and take this out.” 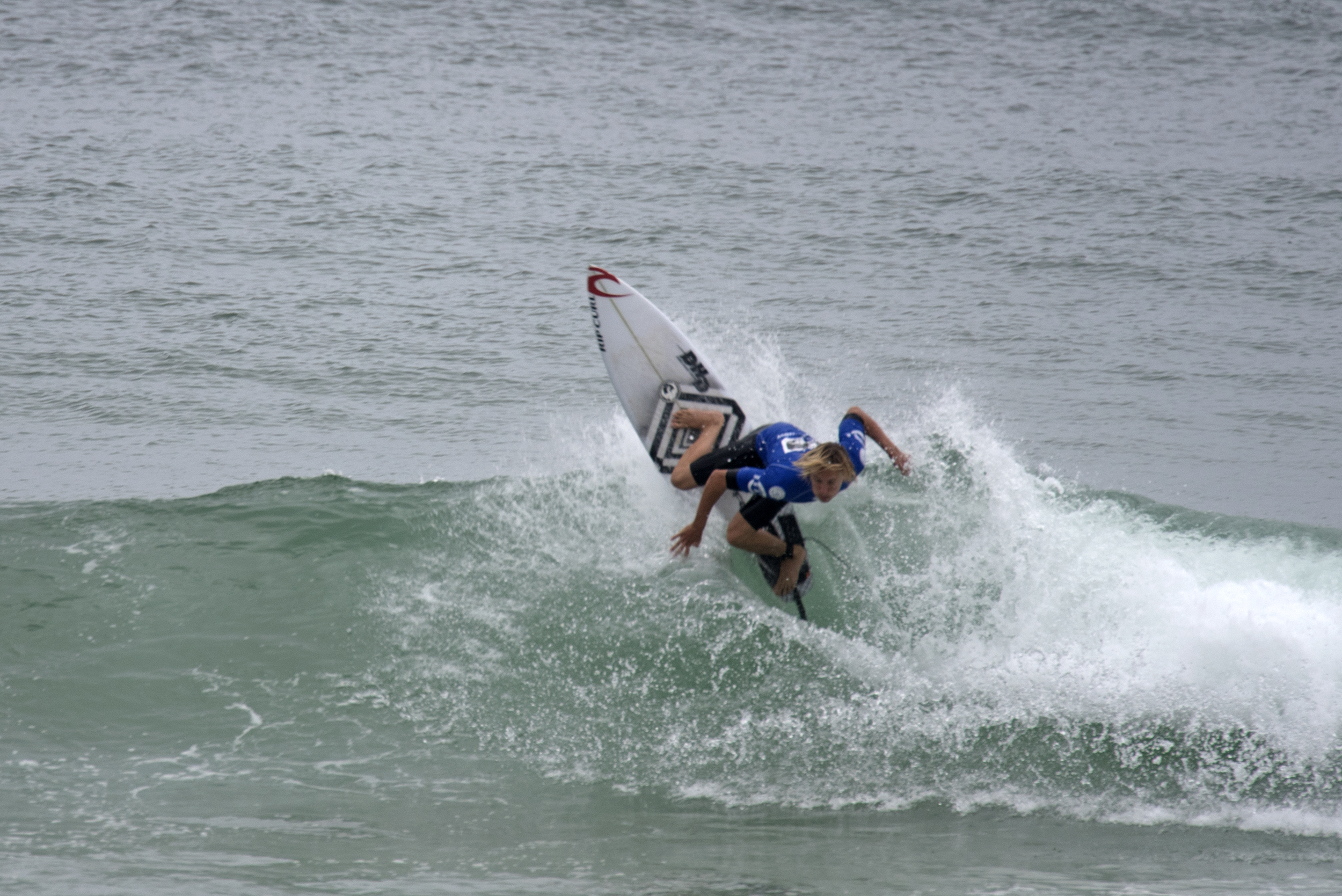 Mikaela Greene (Yallingup, WA) bagged her second win on the trot in the NSW Pro Surf Series, taking out the Telstra Stores Tweed Coast Pro, less than a fortnight after claiming the Carve Pro at Maroubra. Greene put on a solid display of style and flow in the tricky waves and was able to amass a heat total 14.25, which left fellow finalist Eden Putland (Currumbin, Qld) chasing an excellent 8.50 wave score.

“I don’t think these last few results have hit me yet,” said Greene. “The Maroubra win still feels surreal. I’m on cloud nine at the moment. I’m really trying to iron out any flaws I have in this series of QS1000’s and prepare for the upcoming QS6000 events in Newcastle and Manly.” 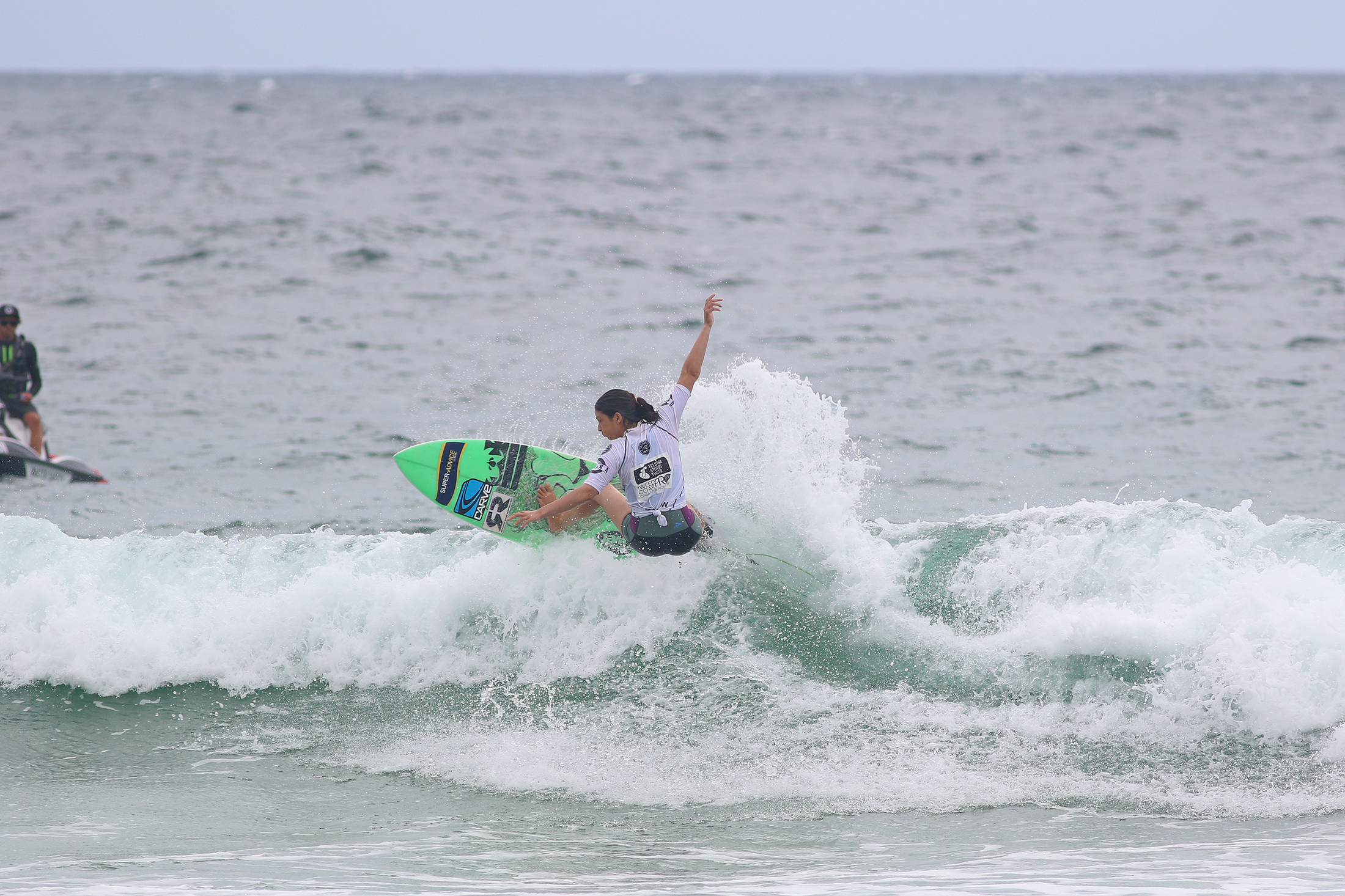 Margaret River’s Mikaela Greene on her way to her second WSL QS1,000 win for 2016 : Surfing NSW/Smith

“I definitely would have liked to back up the Burleigh Pro with a win here, but I knew it was a big ask to get two in a row,” said Ewing. “Jacob has won a lot of big events in the past, so I knew it was always going to be a challenge. Overall, I’m happy with the runner-up finish and I’ll try and take some confidence into the Pro Junior in WA this weekend and the QS1000 events at Avoca and Great Lakes.”

Eden Putland (Currumbin, Qld) will be walking away from the Telstra Stores Tweed Coast Pro with her head held high after her runner-up finish. Putland only expected a quarterfinal finish in the event, but surpassed all her own expectations when she made it to the final.

“When I was driving down today I didn’t think I would be in the final,” said Putland. “I was really just happy to make the quarterfinals, but I kept having fun and kept getting through heats. I’m stoked with how it all played out.”

The NSW Pro Surf Series was developed for Australian and international surfers to gain ranking points and prize money on the WSL Qualifying Series. The Series also creates a NSW coastal road trip for all to explore the variety of waves, visit local communities and enjoy NSW surfing culture.

About Destination Tweed:
Destination Tweed is a not-for-profit organisation focused on promoting the Tweed region as a holiday and business destination. Please visit destinationtweed.com.au for a range of extra accommodation options as well as information on travel, local events and experiences in the area.