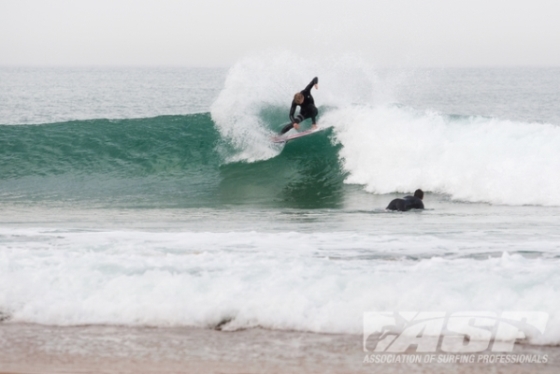 LE PENON, Seignosse, France (Sunday, September 29, 2013) – Continued small surf in the South of France has forced event organizers to call another lay day at the Quiksilver Pro France with the world’s best surfers in a holding pattern for when conditions improve.

Stop No. 8 of 10 on the 2013 ASP World Championship Tour (WCT), the Quiksilver Pro France completed the opening two rounds of competition in excellent waves at the back-up venue of Le Penon in Seignosse during the opening days of the competition window and will wait for conditions to improve before recommencing.

“Small surf on offer today in Hossegor so we’ve called competition off once again,” Richie Porta, ASP International Head Judge, said. “We’re tracking a swell scheduled to arrive in the coming days so we’ll monitor that and recommence in the the best possible..”

When competition resumes, up first will beTaj Burrow (AUS) againstAlejo Muniz (BRA) in the opening heat of Round 3.

The Quiksilver Pro France is scheduled from September 26 – October 6 and will be webcast LIVE via http://quiksilverlive.com/profrance/2013