“I am over the moon right now,” Tilly said. “Ever since I was six it’s been a goal of mine to be the youngest World Champion and now I’ve done it, I can’t believe it’s even real. I have been to the contest twice before and not made many heats, but after winning the North American title I had more confidence this year and I guess it paid off.”

After two straight years of equal lasts, Tilly, who has taken time off of school to attend this event has gone home with the ultimate prize, the title of Women’s World Longboard Champion.

“Crystal has been surfing so well this whole event so I knew it would be no easy task. I’ve been working on my boards and training with my dad as my coach and have been really focused on improving my surfing over this year so I’m so glad it’s all paid off. This still feels like I’m dreaming.” Tilly Added.

Walsh had her best finish at the World Championships after competing at the event for the last five year’s straight. Walsh was in dominant form all event, combining fast and powerful carves with elegant noserides.

“I’m stoked I made it to the final,” Walsh said. “It’s definitely the best result of my career which is awesome. It’s hard to get that close and not take a win. It was definitely slower for waves in that heat than during my semi, but that’s surfing I guess. I’m stoked with second.”

On her way to the final, Walsh took down good friend and 2014 World Longboard Champion Chelsea Williams (AUS) who struggled to find a rhythm after Walsh posted two excellent scores early in their Semifinal.

“I’m obviously disappointed,” Williams said. “But it’s bitter sweet, I can’t be too upset because Crystal is in the final and I’m so happy for her. With only one event it’s hard, you can’t afford to have one bad heat and that’s what happened to me today.” 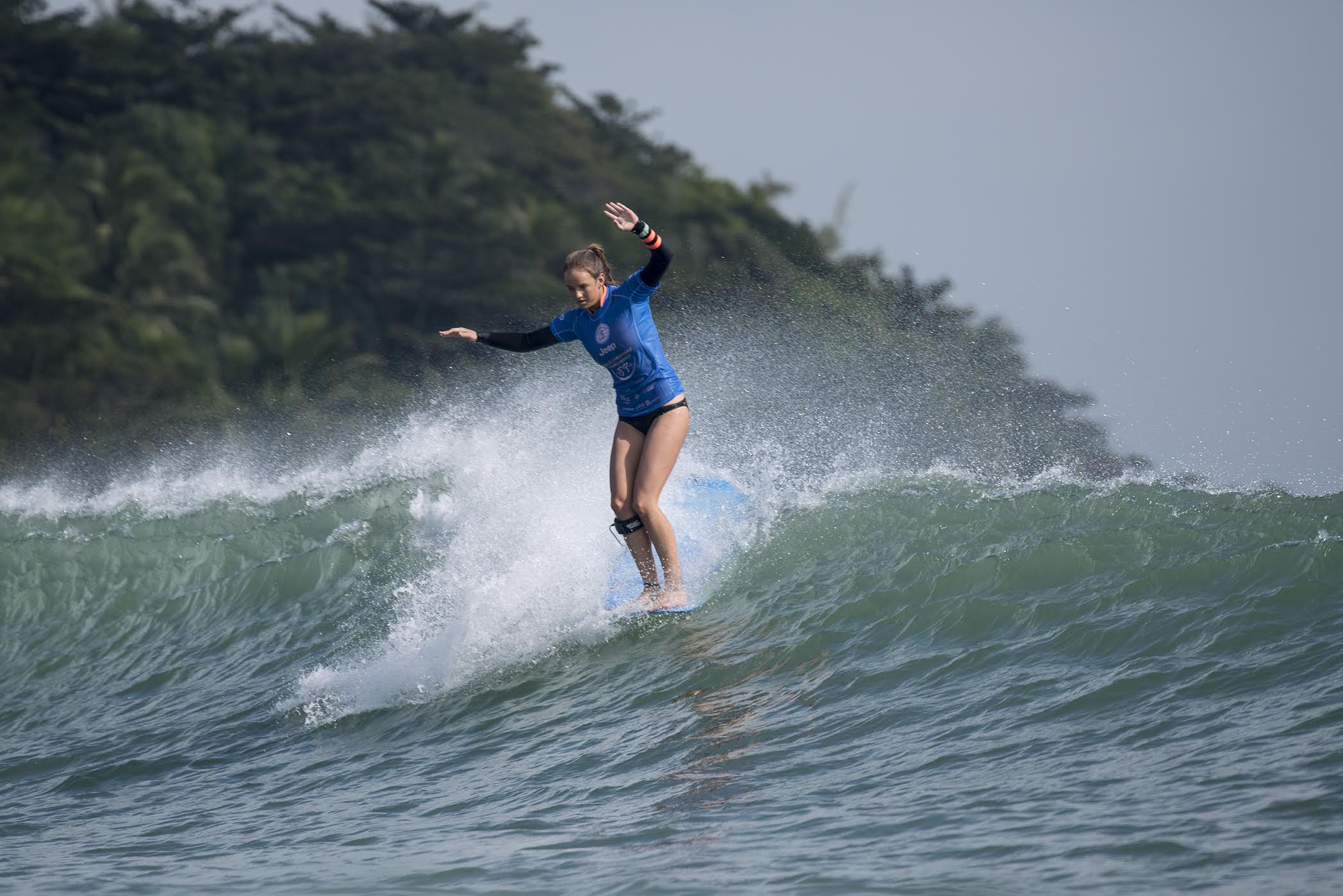 In the biggest upset of this year’s Men’s event young Hawaiian Nelson III Ahina (HAW) took down reigning World Champion Harley Ingleby (AUS) in what was a nail biting affair. Ingleby took the lead early locking in a heat total of 16.10. Ahina then dropped an excellent single wave score of 9.07 and a 7.93 for his heat total of 17.00. Ingleby, needing a score took off on a wave in the final minute but was unable to attain it, gifting Ahina the biggest heat win of his career.

“I look up to Harley and those guys so much,” Ahina said. “Being here and watching all of these guys surf and surfing against them is amazing. Before that heat was the most nerves I have ever felt in my life, then once I was out there I just had to control my mindset, which is my biggest flaw, especially knowing I had the World champ in my heat. Once I got some scores I could relax a bit more and just surf the way I wanted.”

With Ingleby out of contention a lot of focus will shift to two time World Champion Taylor Jensen who progressed through to the Quarterfinals with a confident display in both of his heats scoring over 17.00 point totals.

“I’m stoked to miss round 5,” Jensen said. “Last year I got knocked into round 5 and lost so to get straight into the quarters is a bonus. It was a good heat, lot’s of good waves came through so everyone had opportunities. Harley (Ingleby) was on my side of the draw so not having him in is nice but now nelson is there and he is an equally formidable opponent so nothing is easy in this contest.”

Tune back in tomorrow at 7:30am local time to see the official call and a Men’s World Champion crowned. Watch live action at www.worldsurfleague.com or on WSL the App.