WANNING, Hainan/China (Sunday, January 17, 2015) – The field that started with 72 of the world’s best surfers has been reduced to just eight Quarterfinalists at the first women’s Qualifying Series (QS) event of 2015, the Samsung Galaxy Hainan Pro presented by Wanning. The athletes revelled in the pumping long left handers on offer at Riyue Bay, with competitors battling for all-important QS6000 ranking’s points.

Bronte Macaulay (AUS) sealed her spot in the Quarterfinals with style — posting the event’s first perfect 10-point-ride. Macaulay used her polished frontside attack to carve her way down the line and secure one of the final eight spots left in the event. Dave Macaulay, Bronte’s father is a former professional surfer who was ranked No. 2 in the world proudly remarked that he had never scored a 10 in his career and was proud of this achievement of this daughter.

“I can’t believe we’ve had waves this good for a contest!” Macaulay said. “I forgot about the competition and just went out there to catch waves and surf. It feels incredible to have scored a 10-point-ride — I’m so excited for finals day tomorrow.” 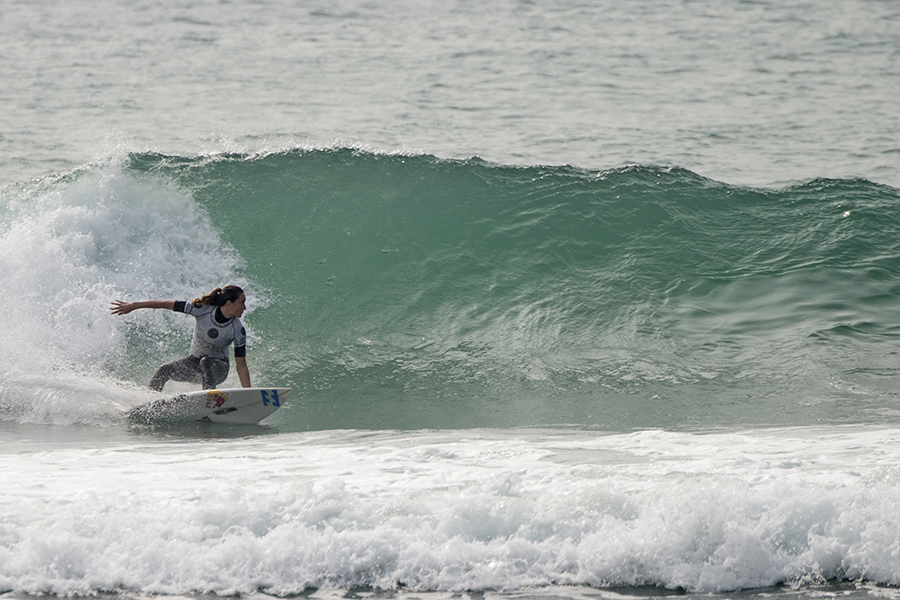 Ellie-Jean Coffey (AUS) made her intentions clear at this year’s Samsung Galaxy Hainan Pro, surfing fast and hard and posting near-perfect scores on her forehand. Coffey has competed at a number of QS events in the past, but has admitted that this year her focus is to qualify for the World Championship Tour (WCT).

“This is a great start to the year already!” Coffey said. “It’s so ideal for me to be surfing a left point break because that does not happen very often and this wave really suits me. My focus this year is the QS all the way, I want to qualify for the WCT and already this is a good start – I love it here in China and I’m so surprised at how good the waves are.”

Justine Dupont (FRA) has had a turbulent trip to China for this event, her bags didn’t arrive and she was forced borrow untried and untested equipment, but that didn’t stop her from battling through some tough competition to secure a spot in the Quarterfinals.

“I’m really happy right now — before today my travel has been a bit of a disaster as my boards and my luggage has still not arrived,” Dupont said. “But it’s quite strange, everyone has been very kind to me by lending boards and wetsuits and all of a sudden I’m in the Quarterfinals and I feel great.” 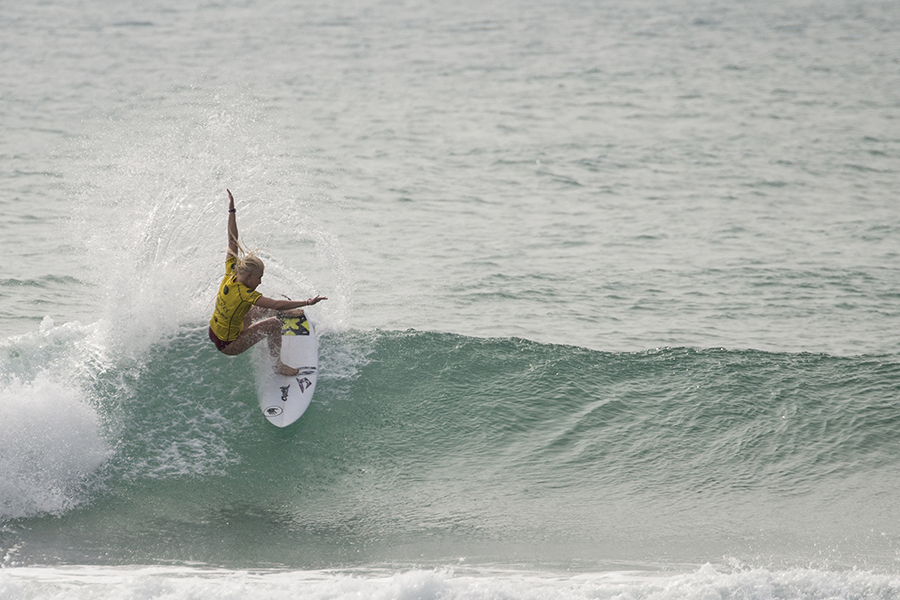 Tatiana Weston-Webb (HAW) will be one to watch one Finals day. Image: WSL/Robertson

Tatiana Weston-Webb (HAW) is one of the most exciting up-and-coming surfers in the world right now, and is using this event to prepare for her rookie year on the women’s WCT.

“I’m looking forward to finals day, the waves have been great and to finish in good surf tomorrow is exciting,” Weston-Webb said. “I feel I’ve been improving my performance each heat and I’ll be aiming to do that again tomorrow and hopefully win!”

Mahina Maeda (HAW), reigning World Junior Champion has been keeping her competitive red-hot form rolling all the way from her World Title win in Portugal last year to the shores on China at this event.