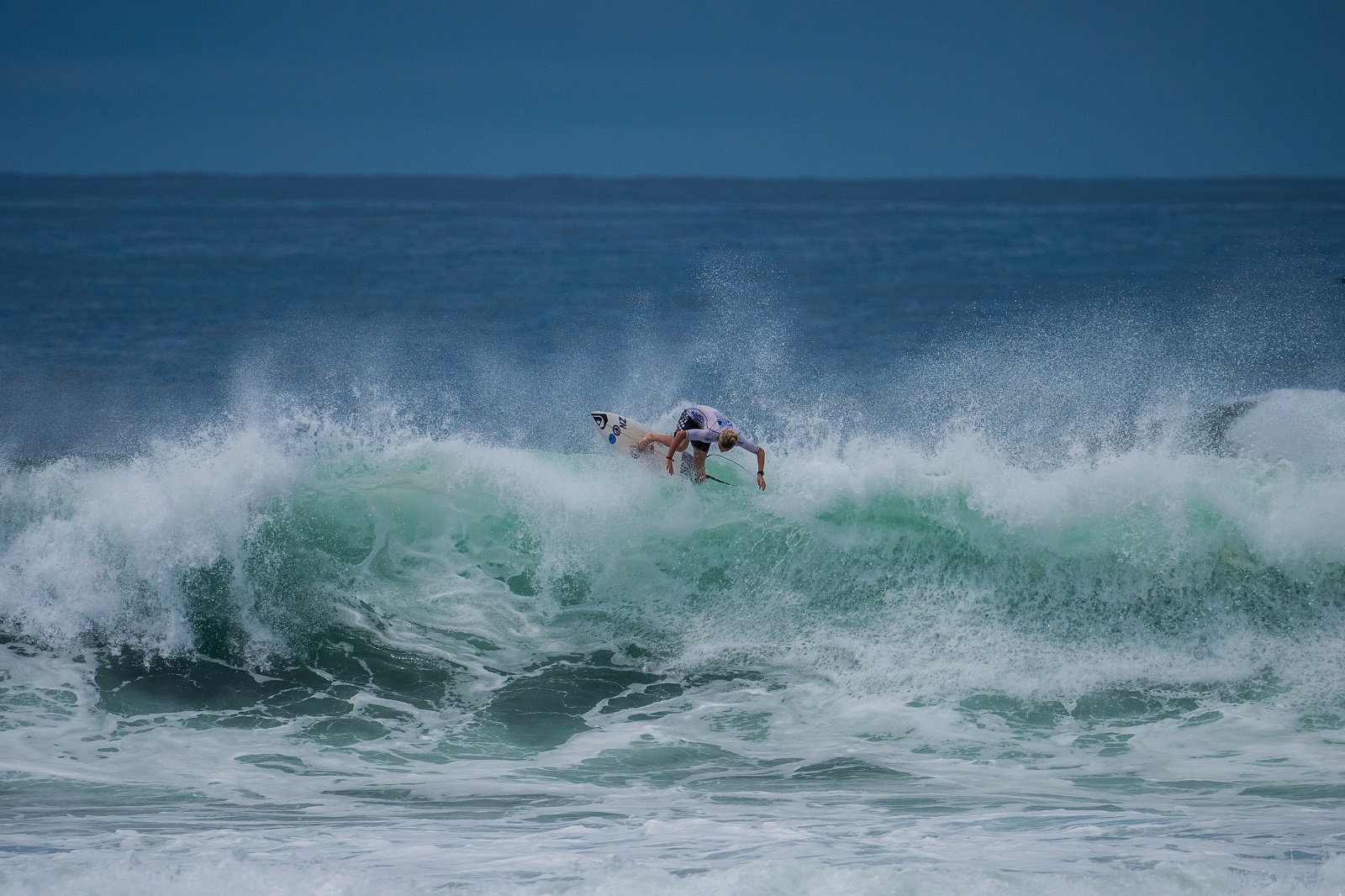 The New Zealand Junior Surfing Team has finished the 2022 World Junior Championships in thirteenth place overall after the final day of the event was completed today (Monday 6th June).

Hawaii took out top honours with Australia in second, USA in third and France in fourth.

Mount Maunganui surfer Tao Mouldey was the highest ranked Kiwi surfer finishing seventeenth in the Under 16 Boys Division on the penultimate day of the event which was contested in solid 1.5m waves and moderate cross-shore winds.

In his first of up to four heats for the day, Mouldey was looking sharp early after surfing to the highest single wave score of 7.25 in the heat thanks to two big backhand turns on the El Sunzal podium – a shifty righthand point break.

Mouldey held second position for the majority of the 20-minute heat as he hunted down a wave to improve on his backup score of 2.5.  However, he couldn’t find that wave in the final minutes.  His Australian opponent Eden Hassan took a narrow win with the American surfer Cannon Carr sneaking a last scoring ride to advance.  Requiring a 4.35, the American surfed to a 4.65 on the final hooter to bump Mouldey into third place and elimination.

Finn Vette (Gis) and Kora Cooper (Rag) finished the event in 33rd equal as the top ranked boys in the Under 18 Division with Kalani Louis (Tara) finishing in 81st.  The Hawaiian Team made it a one-two in the division with Luke Swanson winning and Shion Crawford finishing in second.

Ava Henderson (Chch) and Liv Haysom (Piha) finished 49th in the Under 18 Girls Division with Natasha Gouldsbury (Tara) finishing in 61st.  The Hawaiian’s claimed their second title of the event with Eweleilua Wong taking the title.

Imagery
High resolution action images of team members will be available to media free of charge upon request.