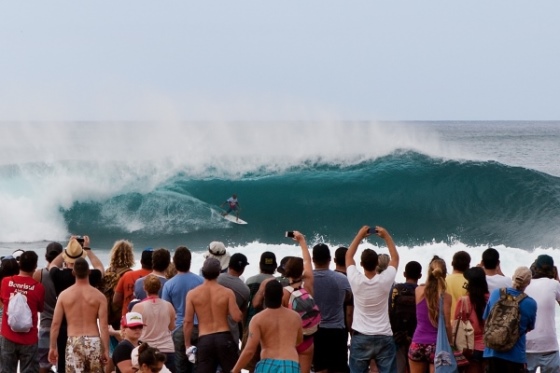 LOS ANGELES, California/USA (Tuesday, October 15, 2013) – Association of Surfing Professionals (ASP) International is pleased to announce media/distribution agreements with ESPN, YouTube and Facebook across the linear broadcast, digital and social media spectrums. Each agreement will commence in 2014 to help celebrate and grow the sport of surfing worldwide. Today’s announcements mark the first national and global media deals in the history of professional surfing.

ASP events enhanced by the media deals include the 26 elite tour events across men’s, women’s and big wave arenas in Australia, Brazil, Fiji, Indonesia, Tahiti, USA, France, Portugal, Chile, Peru, South Africa, Spain and Mexico. Since 1976, ASP has annually crowned the undisputed world surfing champions in a sport that hosts more than 120 million fans worldwide as well as the recently-identified number one sport fan for sponsor consideration and loyalty in the U.S., according to findings by global research firm Repucom.

“Professional surfing is a truly global sport which demands media distribution partners with significant reach. Our newly announced partners have tremendous presence in the innovative media arena and, together, they build the foundation for the ASP media platform,” Paul Speaker, ASP CEO, said. “I personally believe surfing is one of the most dramatic and dynamic sports on the planet and it’s an honor to work with tremendously inspirational athletes in bringing their feats and stories to the public.”

“I find it very fitting that the rebirth of professional surfing in 2014 will be broadcast within the ESPN family of networks and back on ABC as they were the first to support surfing on television back in 1962,” Speaker continued.

ESPN teams up with ASP as the exclusive U.S. domestic broadcaster for professional surfing in 2014 as part of a three-year agreement to showcase the sport’s elite events. The rights deal will allow surfing fans to see highlight shows immediately following the events.

“ESPN is thrilled to be working with the ASP as the U.S. domestic broadcast partner for professional surfing,” Tim Reed, ESPN Global X senior director, Content Strategy and Sports & Competition, said. “We look forward to showcasing the excitement, energy and incredible skills of professional surfers touring the world under the ASP banner. The talent and experience that is being aggregated at the ASP make this a very exciting time for professional surfing as well as a great opportunity for ESPN to extend its X Games brand into professional surfing.”

Respective international linear broadcast deals will be finalized and announced in the coming weeks.

The ASP YouTube channel, along with the rebuilt ASP website which will embed this content via the YouTube player, will exclusively provide fans with more than 3,000 hours of programming, including 26 live streamed events annually across the men’s ASP World Championship Tour (WCT), the women’s ASP WCT and the ASP Big Wave World Tour (BWWT). For the first time in the sport’s history, the ASP YouTube channel will enable fans around the world to go to one global destination to view surfing digitally.

Facebook will serve as the primary social platform partner for ASP with the relationship focusing on fan engagement. Repucom research findings showed the number one sport fan using social media throughout the world are surfing fans, including a characteristic of being six times more likely to engage in social media than the general public. The ASP will use Facebook to engage its rapidly-growing global fan base around surfing, both via broadcasts and connecting fans to the athletes themselves.

“We will be working closely with Facebook and Instagram as the primary social platforms to enhance our broadcast programming – bringing the tribe of surfing fans from around the world closer to the action they love, the athletes they follow and the sponsor brands they support,” Speaker said.

With the start of the 2014 season, fans will experience the future of professional surfing with the convergence of the production, marketing, media, social and sponsorship initiatives under the ASP banner for the first time in the sport’s history. The 2013 season is serving as a transitional year, with new management building programs and partnerships for the rebirth of professional surfing in 2014 when a new look, tone and feel as well as consistent and top-of-class programming will showcase the world’s best surfers in the world’s best waves. To see a preview of the new ASP, go to www.aspworldtour.com/2014

The 2013 ASP World Championship Tour is currently in Portugal for the Rip Curl Pro which runs through October 20, 2013.