WANNING, Hainan/CHINA (Friday, December 5, 2014) – The GoPro World Longboard Championships, China hosted by Wanning began in excellent 1.25m (3-5 foot increasing) surf at Riyue Bay on Hainan Island. Tropical weather, warm water and super consistent clean offshore surf all made for an awesome day of competition which saw all of Men’s Round 1 and the first eight heats of Women’s Round 1 completed.

Kai Sallas (Hawaii) echoed the feelings of most of the surfers here after he posted an impressive opening heat win.

“For Longboarding these waves are excellent, long perfect peeling waves with some very good sections,” Sallas said. “The climate and coconut trees remind me a lot of my home beaches in Hawaii and if the waves get a little bigger and more powerful in the coming days, as forecast, then we’re in for a fantastic event and I’m hoping to build on my performance as we progress through the rounds.” 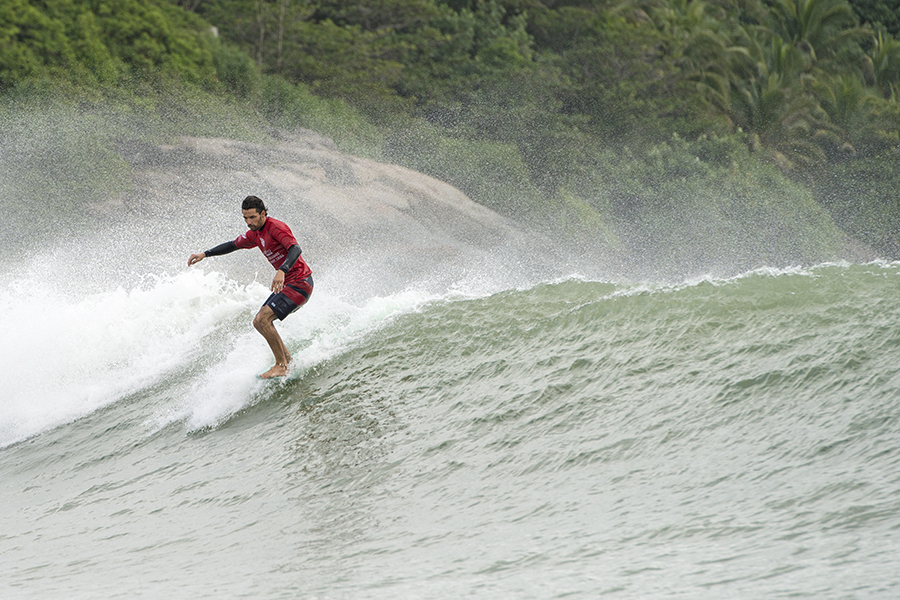 “It was a good start for me but it’s early days here,” Delpero said. “The waves are very good and I need to be scoring excellent waves every round as it’s a high quality field – I’ll be ready for Round 3.”

“It’s great to be back in China and I’m ready to defend my World Title” said Clemente. “That was a good start for me and with hopefully even bigger waves coming I’m confident I can do well here again.”

The performance level and high scores ramped up during the afternoon as the lower tide increased both wave save and quality with standout performances coming Jared Neal (AUS) Tony Silvagni (USA), Ned Snow (HAW) while Jefson Silva (Bra) held the highest single wave score of the morning of a 9.50 in his early Round 1 win. 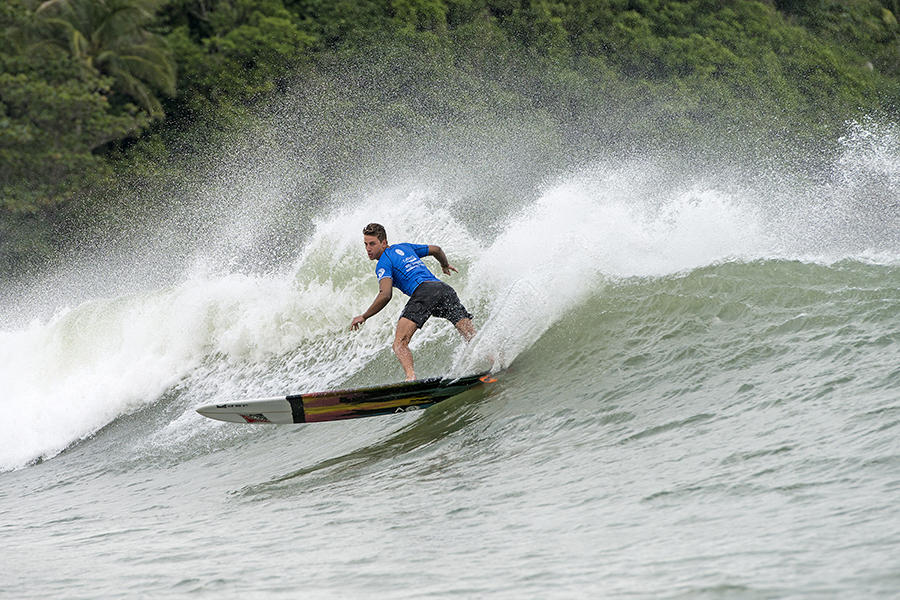 The biggest upset out of the opening Men’s round saw Australia’s Nic Jones defeat the event number 2 seed Rodrigo Sphaier. Jones’ performance already improves on his result last year when he left the event disappointed after being eliminated in Round 2.

Fortunately for both Men and Women competitors who did not win their heats today, Round 1 is non-elimination as winners jumping to Round 3 while 2nd and 3rd placed surfers go into sudden-death elimination Round 2.

Lindsay Steinriede (USA), the 2011 ASP Women’s World Longboard Champion opened the Women’s Round 1 with a close come-from-behind win by scoring an excellent 8 point ride in the final minutes to defeat Geodee Clark (HAW).

“I knew I was behind in the final minutes and I just hoped that mother nature would deliver a good wave for me,” said Steinriede. “She delivered on that great final wave and I got the score so it worked out well for me.”

Chloe Calmon from Brazil was one of the day’s top performers opening her heat with a two wave heat tally of 18.65.

“I was so excited to surf the heat in such great waves” said Calmon. “I found my excellent wave scores early in the heat and it was fun to just surf the rest of the heat with only two others out there and just enjoy the surf – It was fantastic.” 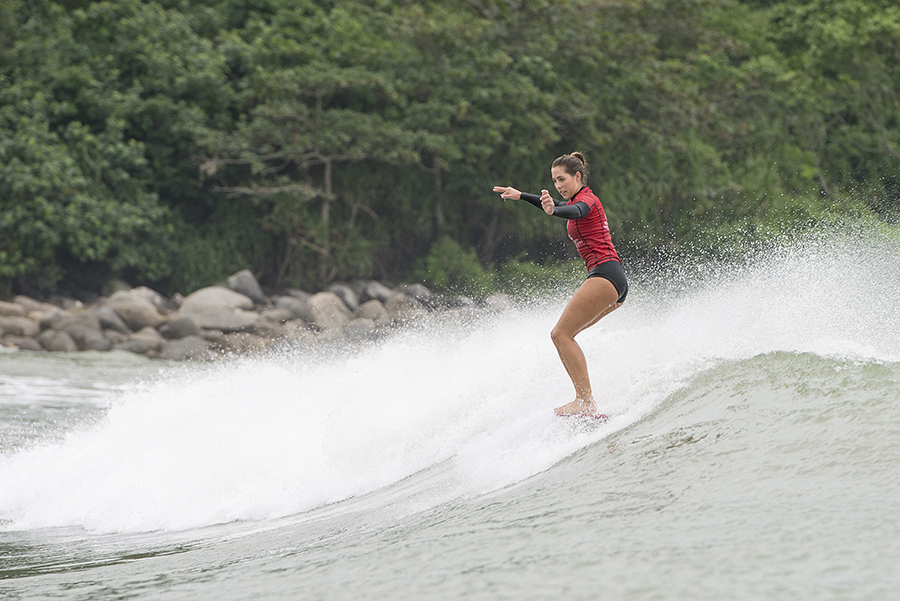 Late in the day the top two seeds Kelia Moniz (HAW) and Chelsea Williams (AUS) schooled their opponents scoring a series of excellent rides and sending a loud and clear message to the field that they are the two to beat here in China.

Moniz’s posted the day’s highest scoring wave of a 9.75 and heat tally of 19.25 in an almost perfect start to her Title defence!

“I just wanted to go out and have fun!” said Moniz. “Watching Chloe and Chelsea and all the girls surfing so well I was thinking ‘Wow, I have my work cut out here’. So I just wanted to surf a good heat and feel my board. The waves are amazing, easily the best I’ve ever surfed here in China.”

Tomorrow will be a more intense day for competitors as the event heads into elimination Round 2 that will see a bunch of surfers finish their campaigns and with an outstanding swell forecast for the entire event the action is certain to be exciting.