First Titles Confirmed As National Championships Edges to a Conclusion 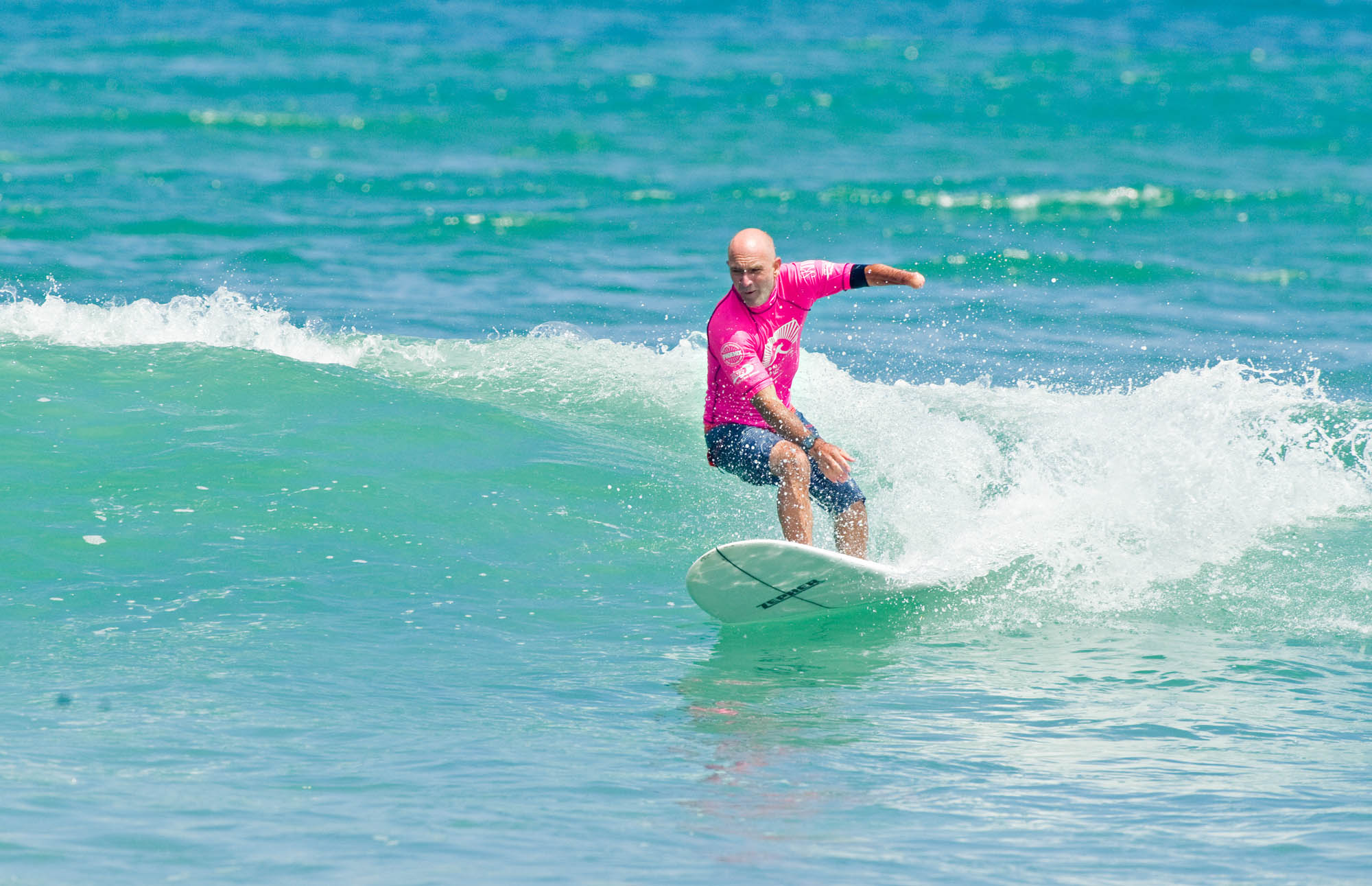 Nine titles were confirmed at the 2021 National Championships presented by The Trusts Community Foundation held at Piha Beach today (Thursday 14th January) including the first ever Adaptive Division title.

As the event edges closer to finals day on Saturday, the field of surfers shortens across multiple divisions and today, the 1.0m swell and midday full tides provided the perfect platform for a number of participants that had been waiting for the smaller conditions.

The Adaptive Division was contested for the first time ever at the National Championships with local Piha surfer Luke Darby winning the title on his last scoring ride.  Darby finished with an 8.0 point heat total for the win over his two opponents Kenton Osmond (Tai) and Bruce Campbell (Rag).

Darby has been working with Adaptive Surfing New Zealand for several years delivering learn to surf days and promoting the adaptive surfing community.  He has also represented New Zealand at the ISA World Adaptive Championships.

“It’s a novelty being the first one today, it was awesome, you get really competitive in the heat of the moment, I thought it was going to be more of an expression session but when they start calling out scores and positions, it gets you going” Darby said.

“Hopefully more people enter next time, if they are interested, they should get in touch with us and join in on the fun” he added.

With surfing now part of the Olympic programme through to Paris 2024, it is hoped that surfing will be added to the Paralympic programme in the near future, a goal that Darby and his fellow competitors clearly have in their sights.

Standup Paddleboard titles went to New Zealand representatives Sean Hovell (Gis) in the Men’s Division and Billie Scott (Whngrei) in the Women’s.  Scott only recently returned from a year studying in Hawaii where she further honed her stand up paddleboarding skills amongst the mecca of the discipline.

Early in the day the Under 14 Girls finally got to contest the event for the first time this week with Leia Millar (Piha), Alani Morse (Orewa), Ariana Walker (Mnt) and Indi-Lee Ruddell (Whngrei) all getting good heat wins as they line up the semifinals and finals on the penultimate day of the event.

The Under 18 Longboard Division also got their campaigns off to a start with Nat Fitt (Auck) again looking impressive along with Geordie Sawyer (Gis) and Ben Counsell (Auck) who also got heat wins.

Rick Lasch dominated the Over 50 Men’s Division in the morning posting a 14.3 point heat total to advance to the finals.  Dunedin’s Simon Brennan was equally impressive with a 12.4 heat total in his semifinal.

Francois Sneedon (HBay) and Rick Griffith (Auck) were the dominant forces in the Over 55 Men’s Division advancing to the finals where they will be joined by Geoff Hutchison (Rag) and David Mann (Auck).

Day six will see a number finals contested as well as the Kneeboard Division who will surf for the first time this week.

Action will take place from 8am – 4pm daily with the primary venue being at the southern end of Piha Beach.

Please see below for the results from day six of the 2021 National Surfing Championships pres by The Trusts Community Foundation held at Piha Beach Auckland today, Thursday 14th January.

The longest running surfing event in New Zealand has a 57-year history and encompasses 29 divisions spread across all disciplines and age groups making for a largely inclusive event, filled with high level surfing as well as good times in and out of the water.  Over 320 entries have been received for the event.