COOLANGATTA, QLD (Wednesday, May 11 2016): The 2016 World Surf League (WSL) Australasia Junior Qualifying Series (JQS) Champion has officially been announced as Ethan Ewing. Ewing had a stellar JQS season taking wins in four events of the seven on the calendar.

“It’s been a really busy few months at the start of this year with more JQS events than ever before so I’m so happy to come out on top and win the overall series,” Ewing said. “There is a really deep talent pool on this series and there were a number of guys that could have won the series.” 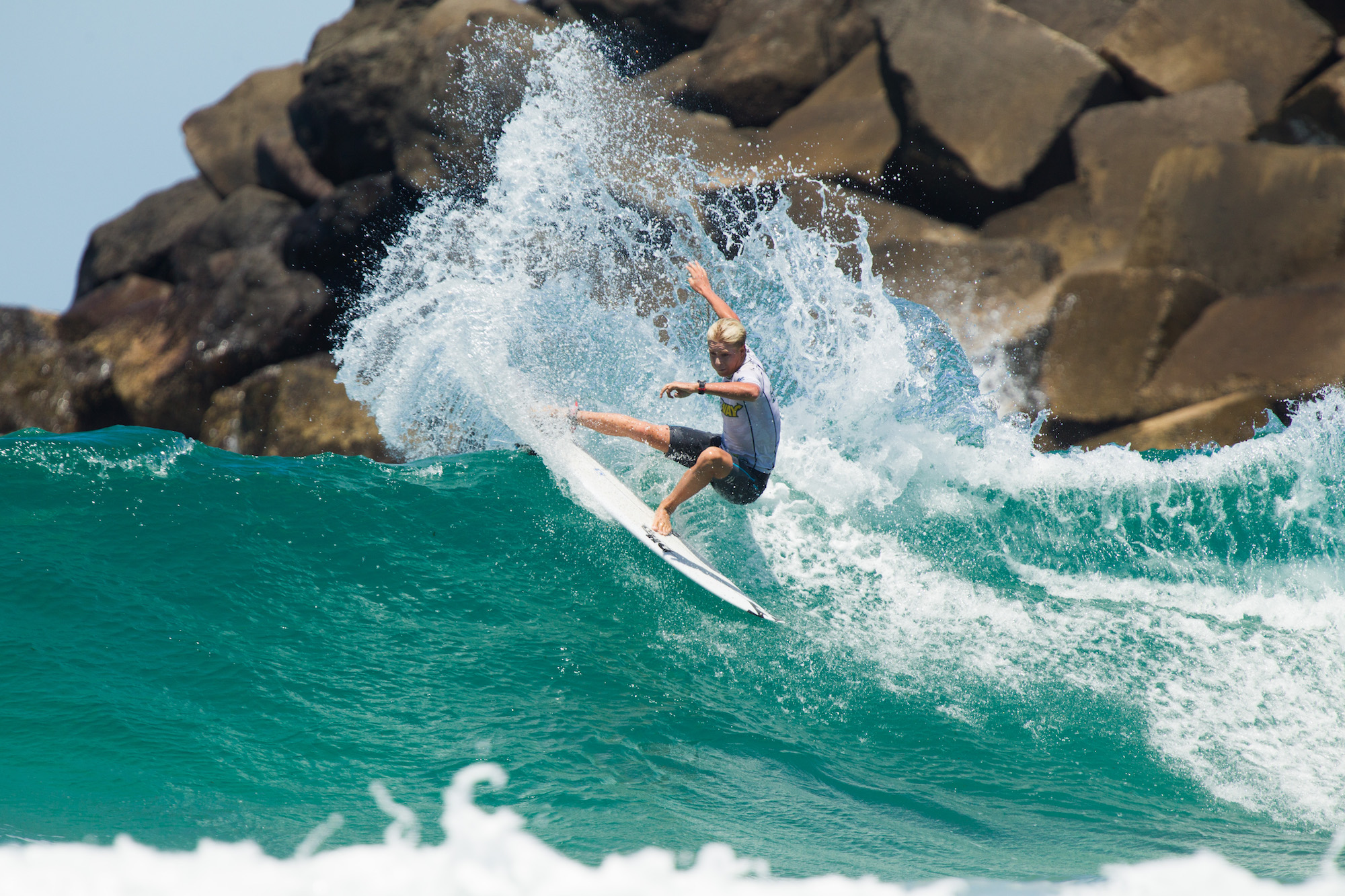 With the series win under his belt, the young Queenslander will now head to the World Junior Championships (WJC) for his first time, and after his performance thus far in 2016, his fellow competitors should be on high alert.

“This will be my first ever World Junior Championships so I’m really excited. I’ve always watched them closely online and been so interested in where the winners go on in their careers so I can’t wait to be apart of it.” 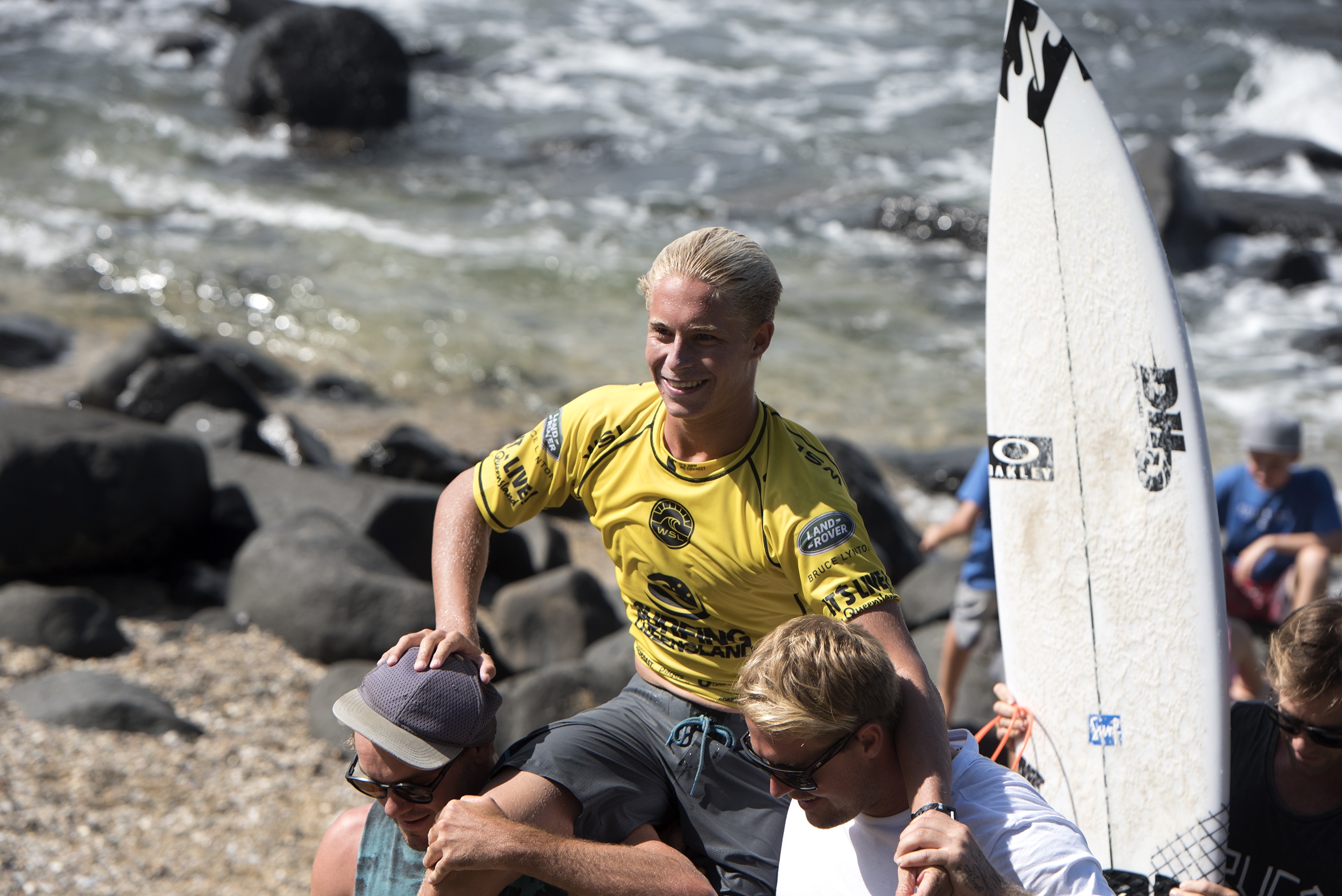 A familiar sight in 2016: WSL/Bennett

Ewing stayed busy this year, competing not only in the JQS events but also in a number of the Qualifying Series (QS) events throughout Australian and even in Martinique and Indonesia. He won the Burleigh Pro and came runner-up in the Telstra Stores Tweed Coast Pro.

“I think that surfing in the JQS and QS events really helped me this year. When you have big breaks in-between contests I feel you can lose focus. This year I was able to just continue to focus on competing and keep the momentum going.” 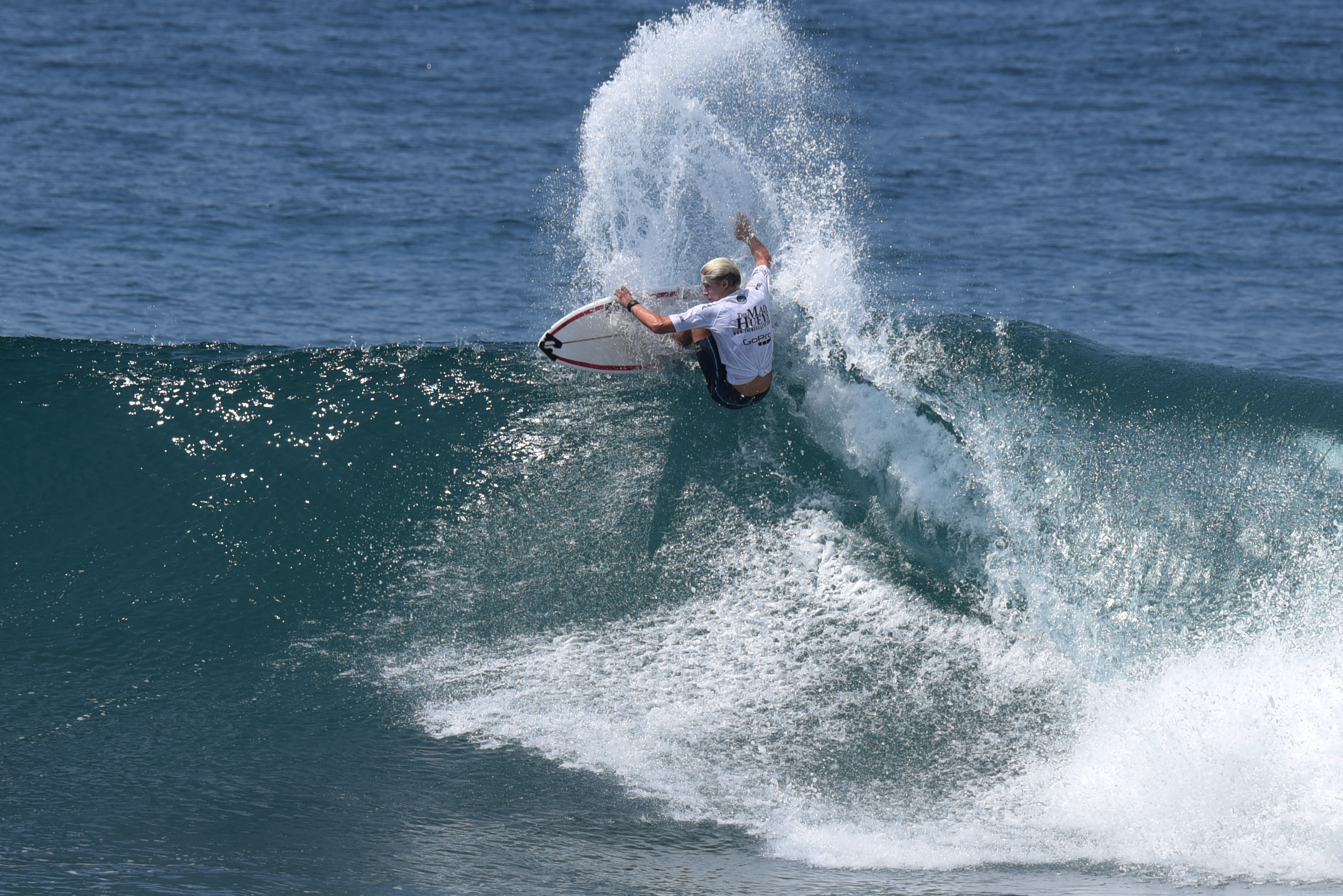 Ewing showing he can mix it with the older competitors at the recent Komune Bali Pro that was eventually won by
Championship Tour veteran Taj Burrow : WSL/Bennett

Sometimes a break out year for a competitor can be attributed to a change in the way they do things or their life in general. This was not really the case for Ewing who feels it’s just as much to do with his physical and mental development, with a few helping hands along the way.

“Nothing changed too much this year for me with training or equipment. I did a bit of work with Stage Galbraith (Jack Freestone’s coach), which was good. I also got some good advice from Glen ‘Micro’ Hall during the Avoca event as he is local there and knows his stuff. That definitely helped. I travel with my Dad all the time which is great, he sorts everything out for me with accommodation and travel and everything so I can just focus on my surfing, my Dad is a huge help.” 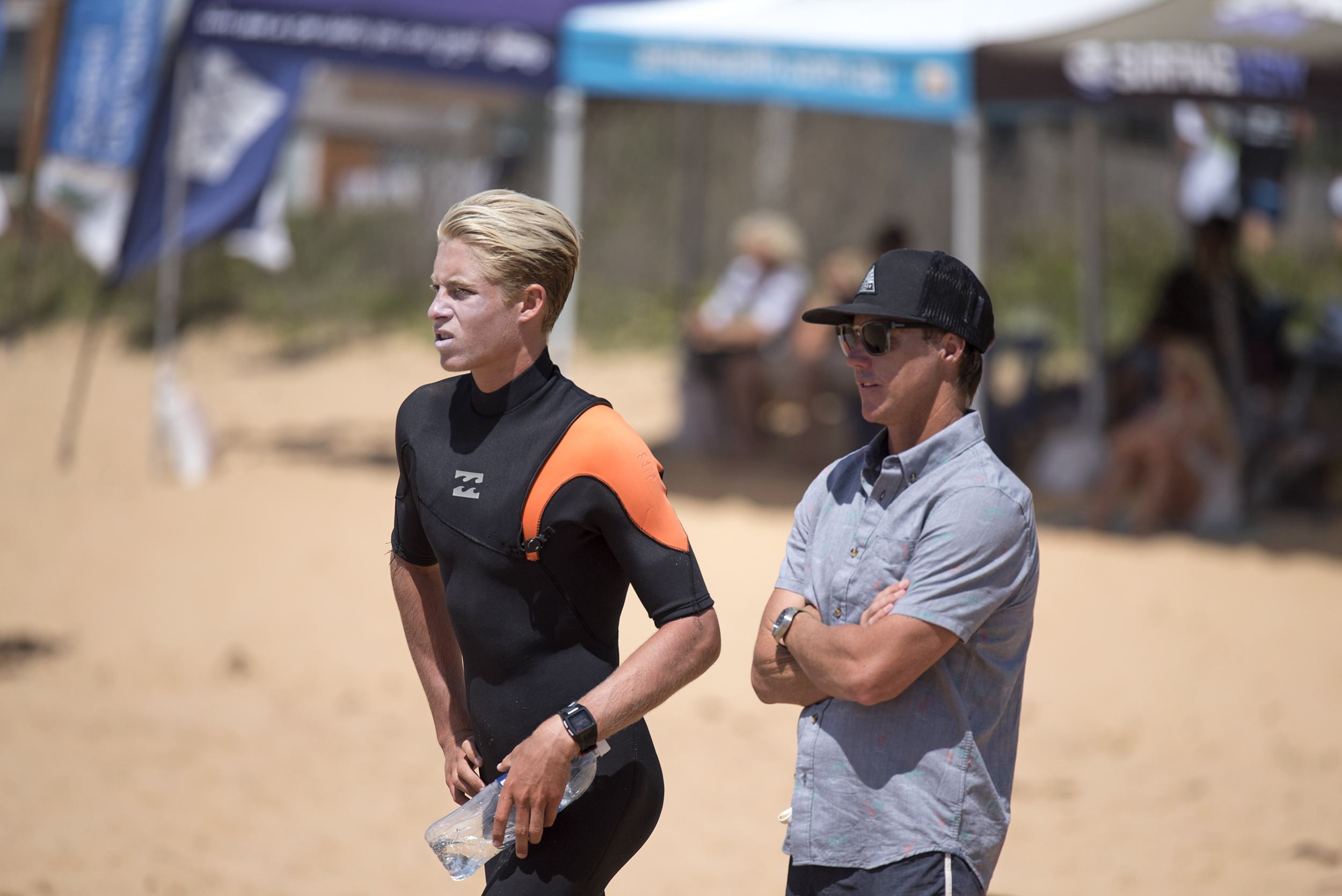 Ewing was appreciative of the extra events on the WSL Australasia JQS and QS calendars and sees the great benefit it can have for competitors ion the reigion.

“All the extra events this year has been so good for the Australasian surfers. There are a lot more points up for grabs which means more opportunity at getting seeded in bigger events overseas which is really cool.”