“I was bummed after my first heat at this event because I didn’t feel like I surfed well enough to get through,” Crews said. “So to now be on the podium feels incredible. I had a great year on the CT last year and I leant a lot but I didn’t re-qualify. So to start 2015 with a win is perfect — it’s been a while since I won something and it’s feeling pretty good.” 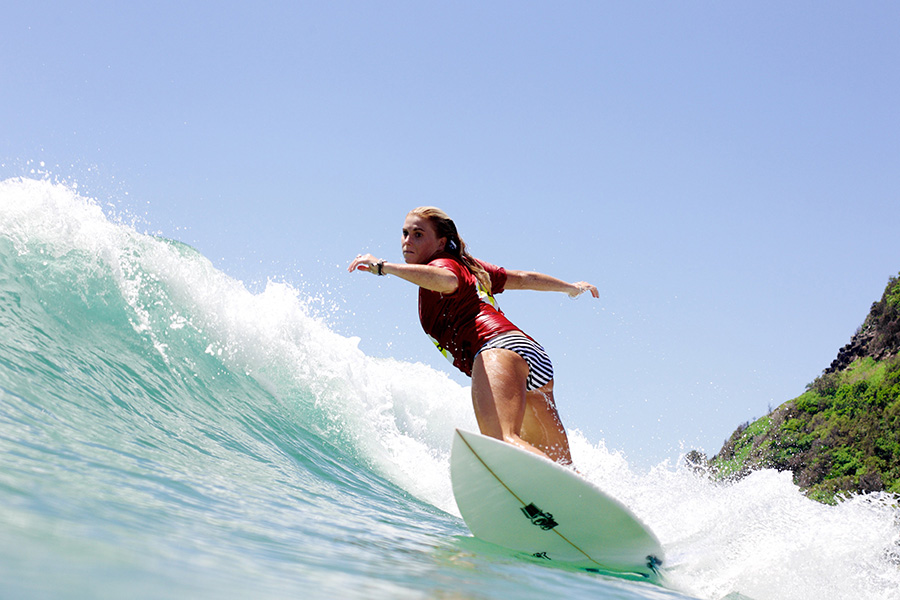 Stoyle, Scoot Burleigh Pro No. 1 seed didn’t disappoint this weekend, putting on a solid showing and in the end claimed the inaugural event title. Margaret River’s Bronte Macaulay was holding onto 1st place with only a minute and a half on the clock in the Final, but Stoyle stole the show with solid snaps and powerful rail turns. This win sets Stoyle up for a massive year as she prepares for her second year on the elite Championship Tour.

“Being the number one seed is always stressful — everyone expects you to do well,” Stoyle said. “I didn’t want to put that pressure on myself so I just focused on enjoying surfing Burleigh with just three other girls. It’s been about a year since I had a big win and it feels amazing! It’s a great start to the year for me and now my next goal is to get a win at a CT event.”

Bronte Macaulay (Margaret River, WA/AUS) was one of the standout surfers of the Scoot Burleigh Pro, posting the highest single wave score of the women’s division – 9.65 (out of a possible 10). Macaulay was close to sealing the win, but could only sit and watch as Stoyle caught her last minute winning wave.

“I watched her catch that wave and I knew she would get the score to overtake me,” Macaulay said. “She’s a great surfer and can get big scores in her sleep. I’m really happy with how I’ve been surfing the second half of last year and for the start of this year. I just hope I can keep it going at get a win at one of these events soon.” 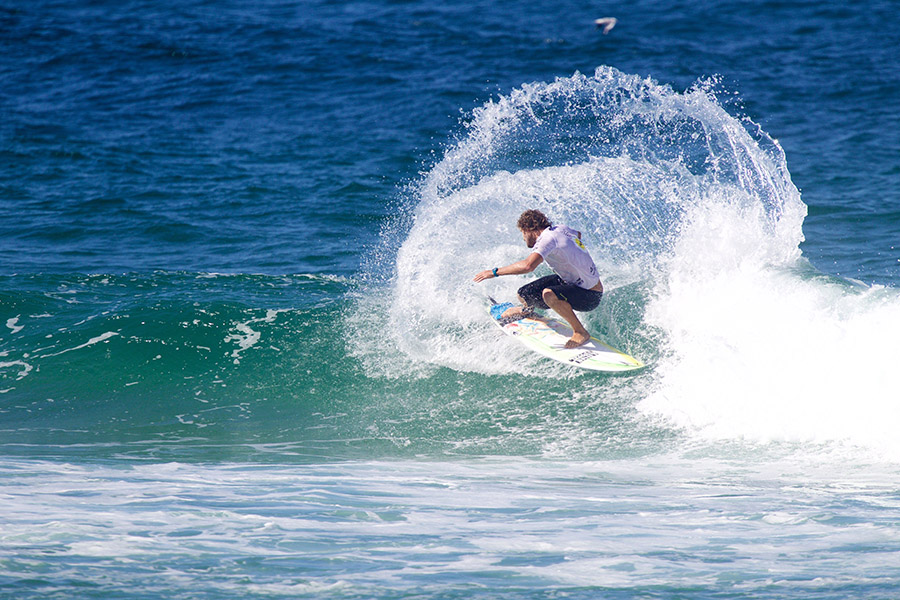 “This is the best place in the world for an event and I’m stoked to have made the Final!” Thompson said. “The surfers in that Final are all incredible — I would have loved to have won at my home break but full credit to Crewsey (Mitch Crews), he was on fire.”

Burleigh Heads has a special place in competitive surfing history, in 1977 the first man-on-man surfing competition was won here by Australian surfing icon Michael ‘MP’ Peterson. Today his mother Joan Peterson was on hand to witness the spreading of his ashes in the line-up while the whole event watched on to honour his memory.

Check www.worldsurfleague.com and www.surfingqueensland.com for news, photos and updates relating to the event.