2012 World Champion and 2013 Surfest champion Joel Parkinson (QLD/AUS) booked a Quarterfinal berth after an exciting back and forth battle over 2015 Championship Tour (CT) rookie Keanu Asing (HAW). Asing had Parkinson on the ropes, but Parkinson answered back with a solid turn and a lofty aerial to earn to the score to take first position and Quarterfinal match-up against this year’s Hunter Business Boardriders Pro Junior champion Deivid Silva (BRA). 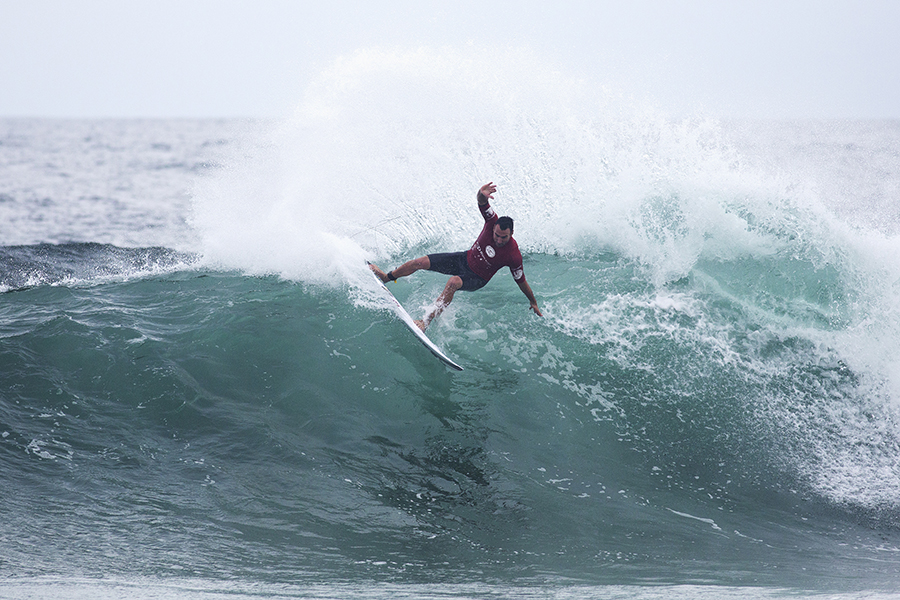 Joel Parkinson is hungry for a second win at the Burton Automotive Pro at Surfest. Credit: WSL/Matt Dunbar

“Keanu (Asing) is on Tour this year so that was an important heat for my preparation for the year,” Parkinson said. “There were good waves out there, you just had to find them among the rest of the poor ones so we really had to work hard to get some good scores. I’m looking forward to Finals day.”

Jack Freestone (QLD/AUS) is well on his way to his best ever result at Surfest after he eliminated Connor O’Leary (NSW/AUS) in Round 5. Freestone and O’Leary are both precise and progressive surfers and their match-up didn’t disappoint as they threw caution to the wind on every exchange, but after the 25 minute heat it was Freestone who advanced with a scoreline of 13.27 (out of a possible 20) to O’Leary’s 11.90.

“I’m so pumped to be into the Quarterfinals,” Freestone said. “Connor (O’Leary) is technically perfect on his backhand and on this right hand bank he’s really hard to beat — hats off to him he’s had a great event. I just tried to use the same tactics I did at Sunset last year, just catch as many waves as I could and make sure that I finish them off.”

Evan Geiselman (USA) edged out Davey Cathels (NSW/AUS) by just over a point in a nail biter of a heat. With huge points and prize-money on the line all the surfers were battling on each and every wave to try and gain an advantage. Geiselman’s flair paid off as he finished off multiple waves with smooth aerials.

“I’m treating each heat like it’s a Final because there are so many good guys in this event,” Geiselman said. “Man-on-man heats are a little different, you really have to be on your game. I started that heat with a really good wave and I fell off. Then I just tried to stay busy while he (Davey Cathels) had priority and I ended up getting both my scores that way.” 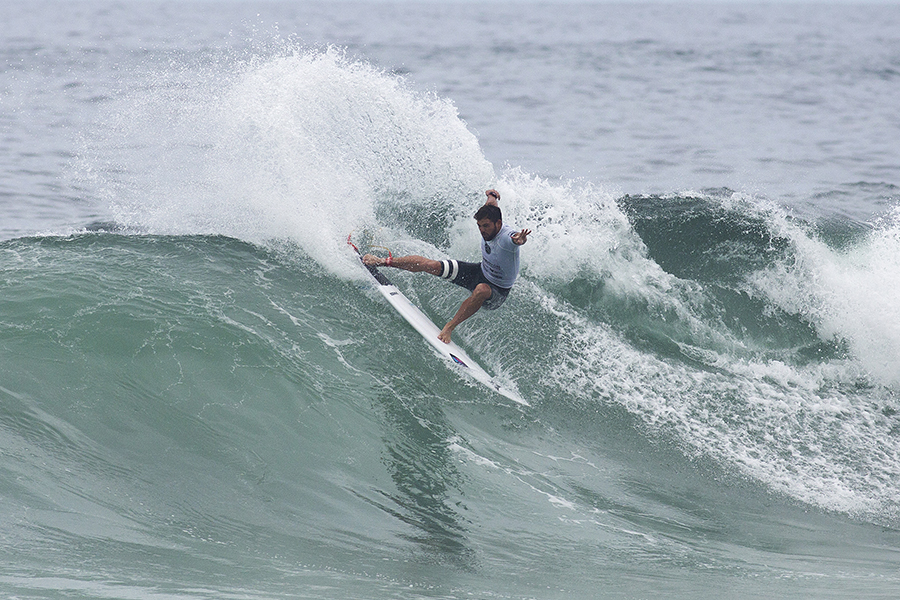 Alejo Muniz unloading some power in the pocket at the Burton Automotive Pro at Surfest. Credit: WSL/Matt Dunbar

Reigning World Junior Champion Vasco Ribeiro (PRT) has been in great form all week at Surfest and clocked an 8.40 on his last wave to book a Quarterfinal clash against Alejo Muniz (BRA). Ribeiro eliminated USA’s Michael Dunphy with his powerful and exciting approach.

“This is my first contest of the year so it’s great for me to be into the Quarterfinals,” Ribeiro said. “I’ve been training at home and I think that was really good for my preparation. Last year I was surfing without a major sponsor and now I have a Portugese brand supporting me and it’s given me confidence to go out and perform. The QS is great, there’s so many great surfers and it pushes you to be better.” 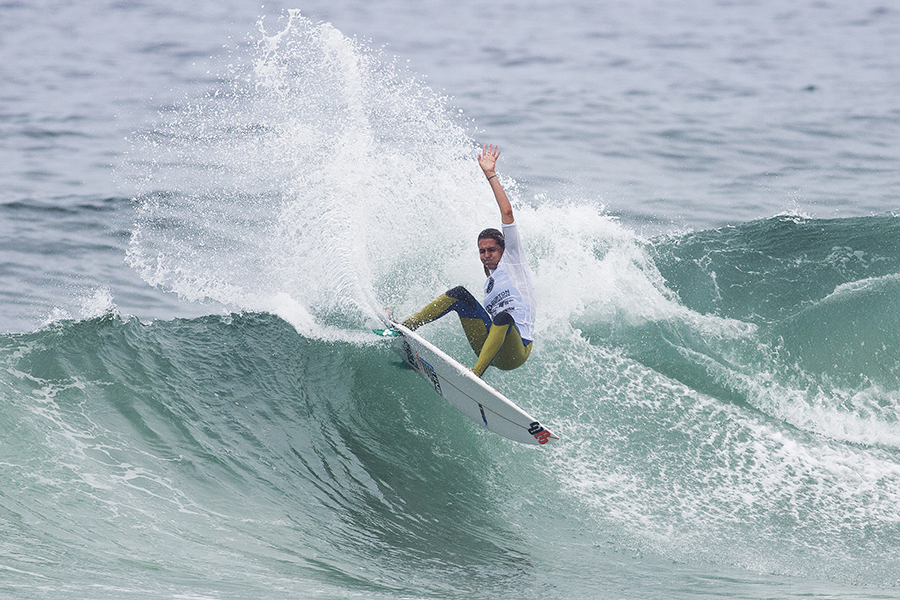 Newcastle’s own Philippa Anderson (NSW/AUS) advanced into the Final of the Burton Automotive Women’s Classic after eliminating Macy Callaghan (NSW/AUS) in the Semifinals. Anderson won this event back in 2009 and will be looking to get her second Surfest title tomorrow when she matches up against Ellie Brooks (QLD/AUS).

“I’m excited to make the Final and I really want to win tomorrow,” Anderson said. “The prize-money will be enough to keep me going to a big event in Mexico and of course it would be great for my confidence. Tomorrow will be a big day for me — for whatever reason I feel more focused on my competitive performances than ever. Macy (Callaghan) is a great young surfer — it’s great to see what she’s doing at just 14-years-old. She’s got a bright future ahead.”