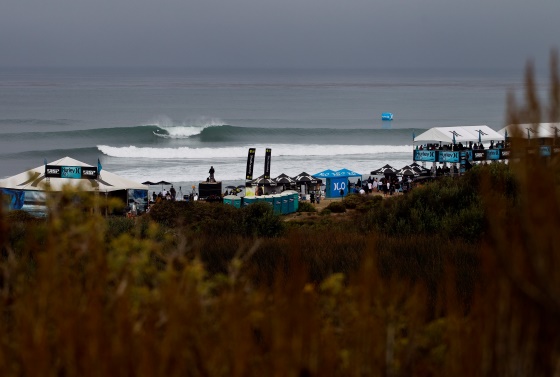 ASP International is pleased to announce Swatch as the title sponsor of this season’s Trestles Women’s Pro.

“Our commitment to the sport is putting the world’s best surfers in the world’s best waves and showcasing that for our international fan base,” Paul Speaker, ASP CEO, said. “It’s fantastic to have Swatch come on board and support women’s surfing with the sponsorship of the Trestles event in 2014.  The ASP Top 17 have been in sensational form this season and the continued opportunities to perform in quality surf, as they will at the Swatch Women’s Pro Trestles, will continue to push the performance bar to new heights.”

Universally regarded as one of the most high-performance waves on the planet, Southern California’s Lower Trestles has hosted an elite men’s ASP WCT event, the Hurley Pro at Trestles, for the past 15 years and the Swatch Women’s Pro Trestles will join the ASP Top 17 with the ASP Top 34 from September 9 – 20, 2014.

“We’re delighted to further our involvement in surfing to the World Championship level and are really excited about extending the reach of our surfing events to North America,” Marco Vaccari, Head of Marketing International at Swatch, said. “Women’s surfing continues to push the boundaries of performance, gaining an ever-wider audience, so we’re thrilled to further align our brand values alongside this youthful, progressive, exciting sport.”

Southern Californian and reigning two-time Swatch Girls Pro France winner Courtney Conlogue will represent the local area at the Swatch Women’s Pro Trestles, a venue she has ample experience at.

“I’m so excited that Swatch is bringing the Trestles event to the WCT,” Conlogue said. “I can’t wait to surf against all the best women surfers in the world at one of my all-time favorite spots and in front of all my friends and family.”

The inaugural Swatch Girls Pro France was held in Seignosse-Hossegor in 2010, while in 2011, Swatch made history by bringing international professional surfing to China for the first time with the Swatch Girls Pro China. In 2014, surf fans will witness the addition of the Swatch Women’s Pro Trestles which will be added to the stellar lineup of Gold Coast, Margaret River, Bells Beach, Rio de Janeiro, Fiji, Huntington Beach, Hossegor, Cascais and Maui.

The Swatch Women’s Pro Trestles and the Hurley Pro at Trestles will be held from September 9 – 20, 2014.

The next stop on the 2014 Samsung Galaxy ASP World Championship Tour will be the Billabong Rio Pro and Rio Women’s Pro presented by Billabong from May 7 – 18, 2014.

For more information, check out www.aspworldtour.com