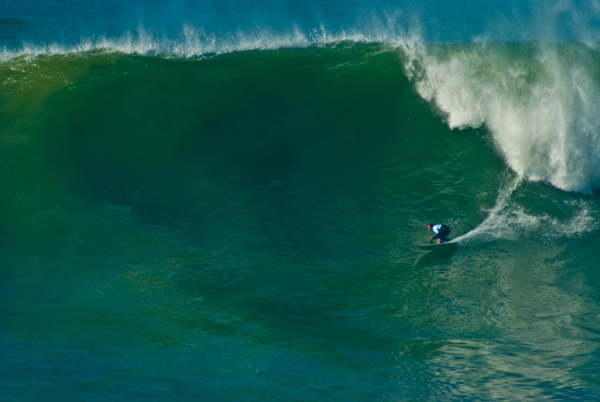 Oceanside, CA (December 18, 2013) – The Arnette Punta Galea Challenge has been given a “Green Light” to run Europe’s only stop on the Xpreshon Big Wave World Tour this Sunday, December 22nd.

Just in time for the Holiday Season, the North Atlantic is firing on all cylinders and producing large swells headed straight for Europe. A deep water swell of 18-20’+ inside the bay of Biscay with a long 16-19 second swell period will offer up waves in the 30+ foot face range with light winds and clean, ocean surface conditions.

This one-day, big wave event will take place in the town of Getxo, located 15 kilometers from Bilboa, Basque Country, Spain. After last year’s success, the Arnette Punta Galea Challenge has been elevated from a qualifying event to a Main Event.

The Event will be broadcast LIVE via an HD webcast at  http://asplivescoring.com/puntagaleachallenge and available on the Xpreshon Windows 8 App (download here) and XBOX 360.

About Xpreshon:
The biggest waves in the world deserve the biggest screen in your house. With XPRESHON you could be watching the XPRESHON Big Wave World Tour live on your TV. But whatever your style – skate, surf, snow, BMX or Moto – only XPRESHON has it all – All the news, All the latest movies and live events from all around the world. Miss Nothing with XPRESHON! Exclusively on XBOX and Windows 8.