Sold Out Grom Series Set to Sizzle This Summer 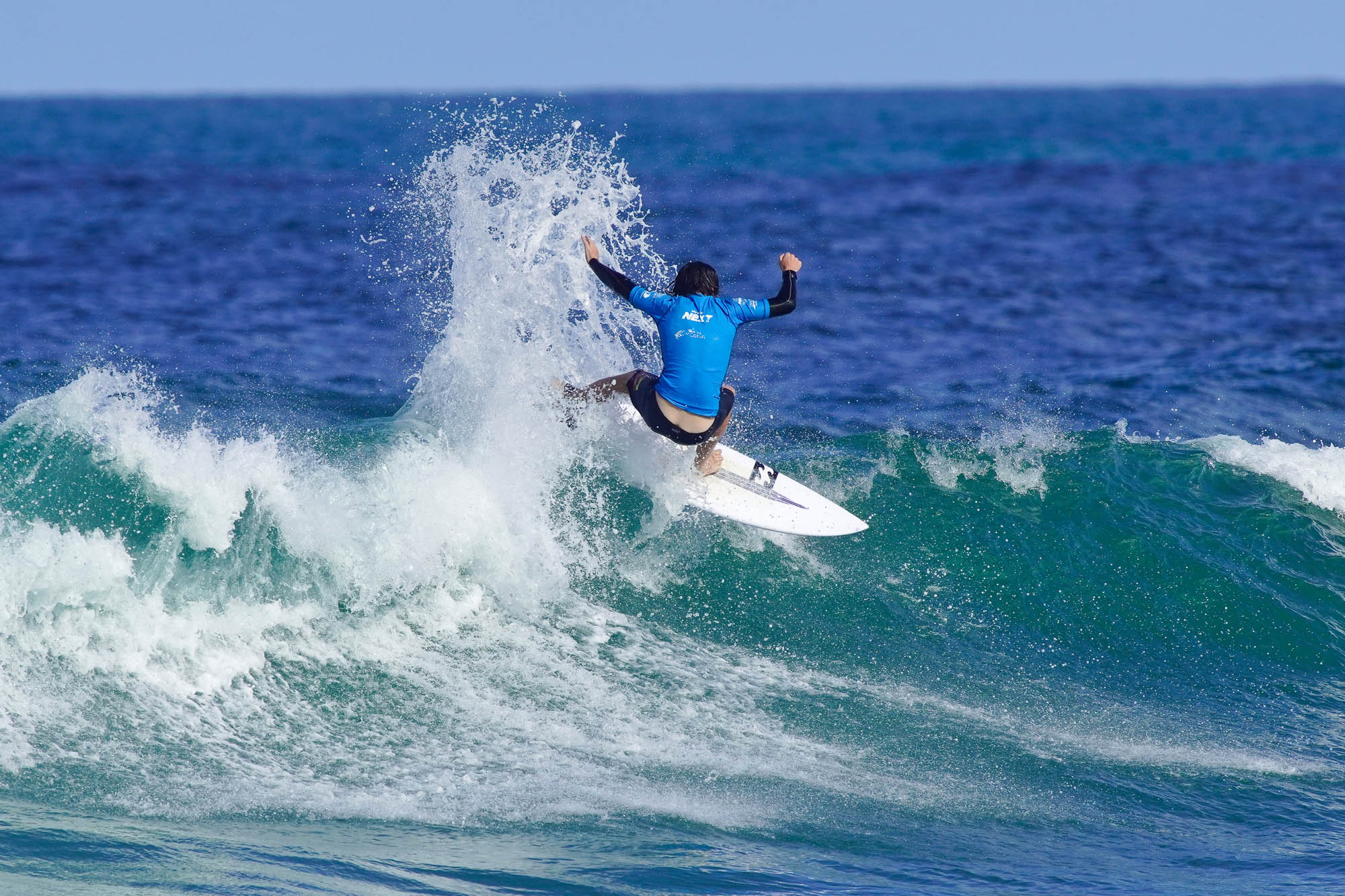 Freshly crowned National Champions, eager groms and local hopefuls are among the many young surfers taking part in the sold-out first event of the Billabong Grom Series presented by Oceanbridge being held at Mount Maunganui this weekend.

The first of three events takes place at Tay Street with the series carrying on to Whangamata (13-14 February) and Piha at the end of February (27-28 February).

With our top junior surfers remaining in the country this summer, the action is expected to be impressive as everyone vies for qualification into the final event being held in May.

Newly crowned Boys Under 18 National Champion Finn Vette (Gis) made the perfect start at Piha winning the title after moving up from the Under 16 Boys Division he contested in 2020.

To win the title, Vette overcame his three close rivals in Kora Cooper (Rag), Tom Robinson (Whngrei) and Jayden Willoughby (Rag).  All three will all be looking to reverse the results from the National Championships come this weekend at Mount Maunganui.

The weather forecast shows a change in weather patterns that will please participants.  Days of strong westerly winds and marginal swell along the Bay of Plenty coastline are expected to give way to a more north-easterly air flow this weekend which will see the swell get to at least 1.0m with onshore winds predicted.

The Under 18 Girls Division will be absent of new National Champion Ava Henderson (Chch) who has opted to compete in a Westport event this weekend.  However, her counterparts will be looking to make up some ground on the rankings including Nationals runner-up Brie Bennett (Rag), Natasha Gouldsbury (Tara) and the in-form local talent Anna Brock (Mnt).

Another local talent looking to carry form into his home event will be Tao Mouldey.  The 13-year-old came away with two titles at Piha – Under 16 and Under 14 Boys.  Mouldey will surf up a division in the Under 16 Boys this weekend in a bid to qualify for the final event.

For almost half the field of 120 surfers, this will be their first national outing of 2021 after forgoing the week-long National Championships.

The Billabong Grom Series presented by Oceanbridge offers up many surfers first taste of events, pitting themselves against their mates and taking in a fun two days of surfing and developing their skills in the ocean.

The series provides three of nine events nationwide where grommets can take part before the final in May which caters for the top 16 boys and eight girls in the Under 18 and 16 Divisions.

Participants will also be teaming up for the boardrider clubs with the top five surfers results from each club going toward overall club rankings at the event.

The sixteenth edition of the series draws on a long history of fun with all of New Zealand’s current crop of elite surfers having taken part including Richard Christie (Gis), Paige Hareb (Tara), Billy Stairmand (Rag), Mount Maunganui’s own Kehu Butler and Ella Williams (WGM).

It is the sixteenth year that Billabong has sponsored the series in partnership with Oceanbridge who have been a proud long-time supporter of junior surfing in New Zealand.

Action takes place at Tay Street, Mount Maunganui from 8am until late afternoon on both Saturday and Sunday.  Live scoring can be viewed at www.compusurf.com.au.

Please see below for the winners of the Billabong Grom Series presented by Oceanbridge in 2020.

Imagery
Web clips will be distributed free of charge from each event.  Please contact Ben Kennings for further details.

High resolution action images of the surfing at all events on the Billabong Grom Series will be available to media free of charge.

Event Hotline
The Surfing New Zealand event hotline is 0211134506.  This will be updated daily at approximately 7am with venue, divisions contested and conditions for the day.

Thanks to Bay Boardriders for hosting the event.