Piha Showdown for the Billabong Grom Series pres by Oceanbridge 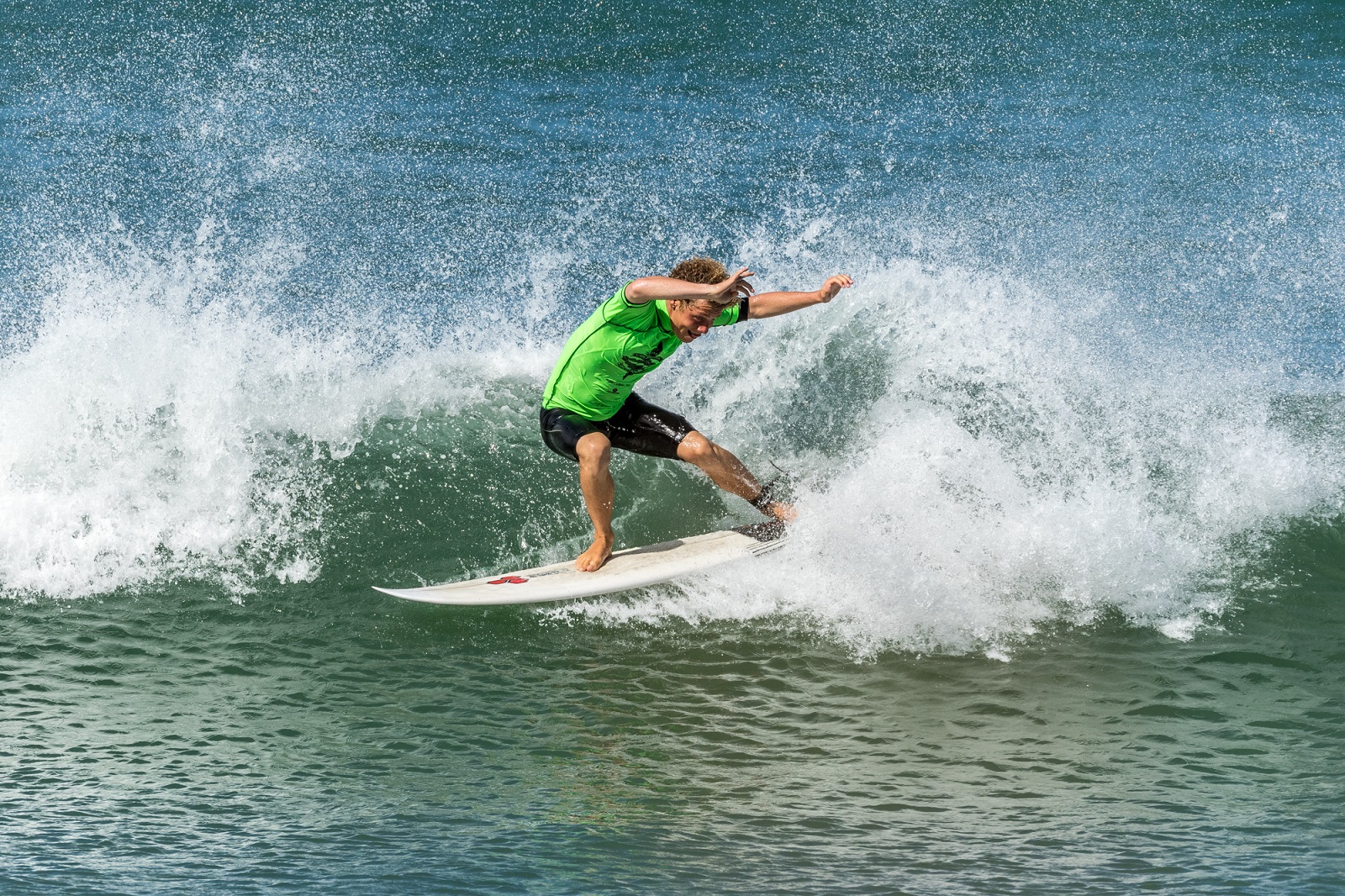 Groms head into this weekend’s series finale with plenty on the line as surfers vie for event wins and overall series titles.  The third and final event of the Billabong Grom Series pres by Oceanbridge takes place at Piha on Saturday and Sunday.

With small conditions at the first two stops of the series at Mount Maunganui and Whangamata, this weekend’s forecast for good waves will have the sold-out field of surfers from all over the country fizzing.

Each of the six divisions can be claimed this weekend.  Natasha Gouldsbury and Tao Mouldey have the biggest leads in their respective divisions but can still be chased down by the rest of their opponents.

Local surfer Bill Byers leads the Under 18 Boys Division but Navryn Malone, Tyler Perry and Ben Moretti can all catch him when their heats enter the water on Sunday.

The Under 16 Girls Division sees a big three way tussle for the win and the division to watch this weekend, the winner at Piha going on to win the over series.

Sol Fritchley is one of three surfers this summer that has claimed two event wins but even he can be caught by his Mount Maunganui mates should he slip up early in the event.

The Under 14 Girls Division sees a three way battle for top honours with Lola Groube heading the pack into the final event.

The updated draw has been posted live and you can view it here.