Next Generation Travels to Florianopolis for HD World Junior Championships pres. By Devassa 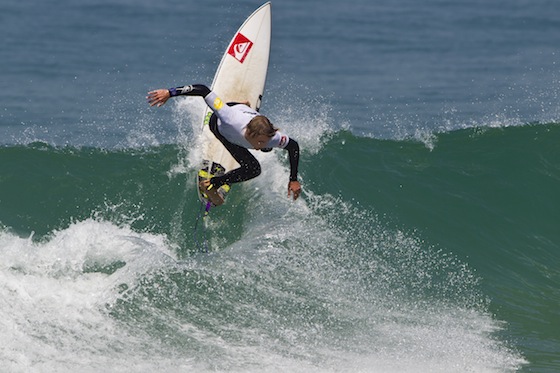 Pictured: Matt Banting (AUS), 19, will look to join the list of past Australian champions at the is year’s ASP World Junior Championships.

JOAQUINA BEACH, Florianopolis/BRA (Monday, October 21, 2013) – The world’s best under-21 talent is set to descend upon Joaquina Beach in Florianopolis, Santa Catarina, Brazil to do battle at the HD World Junior Championships presented by Devassa. The premier list of surfers hailing from seven different regions will be vying for the undisputed ASP World Junior Championship title from October 29 through November 5, 2013.

Keanu Asing (HAW), 20, will be one Hawaiian leading the pack of talent to Joaquina Beach and the dedicated regular-footer is hungry to add his name to the elite list of past champions.

“Being on a stage as big as the World Junior Championships is huge and from the past winners such as AI or Parko you really want to win this event and have your name amongst these past Champions,” Asing said. “It would be a huge title under your belt, so this would be a huge accomplishment in my life.”

Asing, current No. 57 on the Men’s ASP World Ranking, has been building a name for himself on the International scene while working towards the goal of qualifying for the ASP World Championship Tour (WCT). With this season’s HD World Junior Championships representing the final ASP Pro Junior event of his career, Asing hopes to finish with a strong result.

“I’m super excited and confident for this event,” Asing said. “It’s been a long year for me and the ups and downs this year have been such a great learning curve. I couldn’t be more excited for this event! This is my last year for the juniors and for me this is like my graduation from high school. I just really want to have fun and am looking forward to having a good performance. I really want to showcase my surfing and get people excited on my surfing.”

Matt Banting (AUS), 19, current No. 46 on the ASP World Ranking, has emerged as a leader of the next Australian generation with banner results in major men’s events. After competing on the ASP Qualifying Series this season, Banting is carrying newfound confidence to Florianopolis.

“After doing the Star and Prime series I feel really confident coming back to my own age division which I’ve still got two years left in,” Banting said. “I’ve watched Freestone (Jack Freestone) do it over the past few years and it’s really helped him. I would love to hold that crown above my head!”

Kanoa Igarashi (USA), 16, is one young talent who was awarded a wildcard for this year’s ASP World Junior Championships. The Californian suffered a broken leg earlier this season, debilitating his chances of a full qualification campaign on the American regional circuit, but is back hungrier than ever to perform in Brazil.

“To win the event would mean everything to me,” Igarashi said. “It would be the biggest win of my career so far. I am going to give it my all. I had that injury earlier and it really got in the way for doing events and traveling in the first half of the year. It made me realize how fortunate I am and how hard I have to work and keep my body 100 percent at all times. I feel better than ever now and I feel stronger physically and mentally. I’m really excited for the event.”

The HD World Junior Championships presented by Devassa holds a waiting period from October 29 through November 5, 2013 and is webcast LIVE via  http://www.hd-wjc.com/