BARRA DA TIJUCA, Rio de Janeiro/Brazil (Friday, May 15, 2015) – A thrilling day at the Oi Rio Pro saw competition run through Men’s Rounds 3, 4 and 5. The Quarterfinalists are set following a day of huge upsets and big performances from the world’s best surfers. With eight of the top ten ranked surfers on the Jeep Leaderboard now out of the contest the results in Rio will be sure to shake up this year’s title race.

The fleet-footed young Brazilian, Toledo, was first to secure a Quarterfinal berth today after posting the only Perfect 10 of the competition so far in his heat against Matt Banting (AUS) and John John Florence (HAW). Toledo will face Ricardo Christie (NZL) when competition resumes.

“I’m spending a lot of time with my family and friends and that really helps,” said Toledo. “I really love the crowds here, it’s a real motivation for me and the best feeling in the world. I feel blessed to have this support. Unfortunately Gabriel (Medina) and Adriano (de Souza) lost today but I’m really comfortable and confident and I’ll try my best to be in the Final and represent Brazil. I really want the yellow jersey back too.”

Keanu Asing (HAW) dealt the upset of day by eliminating Gabriel Medina (BRA) in Round 3. A thrilling heat unfolded between the pair as they went wave for wave in front of a cheering crowd of thousands. A huge aerial maneuver from Asing earned him an 8.60 to steal the lead from the World Champion and hold him off until the final buzzer. Asing was eventually defeated by Bede Durbidge (AUS) in Round 5, taking home a 9th-place finish, while Medina will refocus on Fiji.

“These type of heats call for big performances so I knew that’s what I needed to do,” said Asing. “I needed to improvise, adapt and overcome, and that’s what happened. Medina is the world champ and he’s a freak so I knew I needed to stay composed against him. This is a big crowd for him and I knew if I added pressure, taking it off myself and giving it to him, it would be harder for him to capitalized on a score. If I want to be the best I have to beat the best. I’m stoked and this is a dream come true for me. To take out one of the best surfers in the world is definitely something to be proud of.”

“It’s a tough day because I just lost,” Medina said. “I wish I could have gone further but it’s all good. The crowd here are amazing and they have been supporting me since day one. It’s great to have them here. I’m really sad but I want to try to give them back the love they give me. That was a tough heat. I was looking for a right to do an air but I couldn’t find it. I didn’t surf very well today but I think when you lose you learn more than when you win. Now I’m thinking about Fiji and I love that wave so I’m training for that.”

Continuing his sensational run of form in Brazil, rookie Ricardo Christie (NZL) took down Jeep rankings leader and local favorite De Souza (BRA) in Round 3 Heat 6 thanks to a 16.57 heat total. Christie went on to edge a narrow win over Matt Banting (AUS) in Round 5 to earn himself a place in the Quarterfinals, the best result of his CT career, where he will face Toledo.

“I just wanted to concentrate on what I was doing,” Christie said. “The waves were super fun and I tried to stick to my gameplan and get some scores early. Adriano (de Souza) is such a good surfer and that’s why he’s leading the rankings so I knew he’d be on it. I’m stoked to come out with a win and it’s a real confidence booster. I’m looking to turn things around and get on a roll.”

“It’s like a switched has been flipped and I’m able to surf in heats,” continued Christie. “I’m not going to worry about Filipe (Toledo) in the Quarterfinals, I’m just going to do what I’m doing and go for bigger waves and bigger moves, we’ll see what happens.” 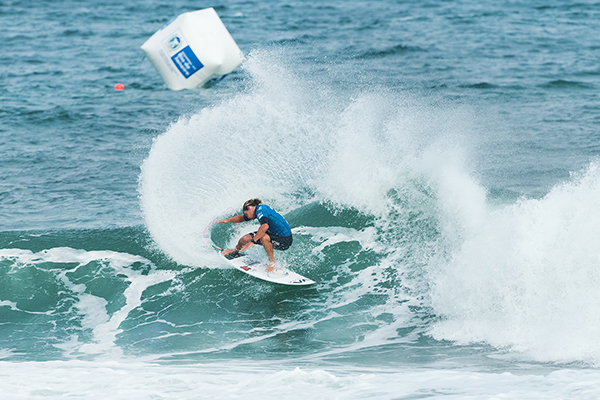 Matt Banting (AUS) alsocaused a big upset today when he defeated Kelly Slater (USA), sending him home in Round 3, before losing out to Christie in Round 5.

“I was just thinking he’s (Slater) got me three times so I don’t want to make it four,” said Banting. “The waves are definitely tricky out there. I’m stoked to get out of the third round at this event. All these guys can surf so well so I need to work on everything. This is a great experience for me and I’m loving it. I’m disappointed because I thought I got the score against Ricardo (Christie) but I’m just going to have a good time in Brazil and focus on the next event.”

“That was my first wave in a couple of days and I was kind of tired,” Slater said. “This morning I was out of sorts and nothing really felt right. My mistakes were made before I even went in the water and I should have gone surfing yesterday. I really thought there were going to be barrels today so my mind was really set on that. Good work to Matt (Banting) for making it through. I’m going to spend some time at home before the next event.”

Another rookie delivering an outstanding performance today was Brazilian Italo Ferreira (BRA) who stormed to victory against Hawaiian phenom John John Florence (HAW) in Round 5. The Brazilian had Florence in a combination situation with ten minutes remaining and held on to his lead, earning a Quarterfinal berth where he will match-up against compatriot Jadson Andre (BRA). Ferreira previously dispatched Nat Young (USA) in the third round while Florence posted the highest two-wave heat total of the day, 18.77, in his Round 3 heat against Adam Melling (AUS).

“That was a great heat,” said Ferreira. “I caught some good waves and I just love it here with all the people on the beach. I’m super stoked to make it through. I’m really pleased to be surfing against Jadson (Andre) in the Quarterfinals, he’s my friend so I think it will be great.” 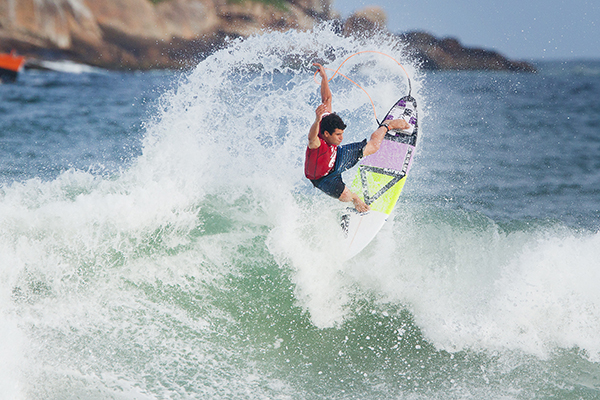 Italo Ferreira (BRA) because the second rookie to win through to the Quarterfinals after getting the better
of John John Florence (HAW) in Round 5.
Image: WSL / Smorigo

The final heat of the day saw Owen Wright (AUS) defeat three-time World Champion Mick Fanning (AUS) to earn his spot in the Quarterfinals again Matt Wilkinson (AUS). Wright had Fanning in a combination situation with half the heat gone thanks to two solid seven-point rides and Fanning couldn’t find the scores needed to escape.

The Oi Rio Pro is webcast LIVE at WorldSurfLeague.com

The world’s best surfing is also broadcast LIVE on Fox Sports in Australia, MCS Extreme in France, EDGE Sports in China, South Korea, Malaysia and other territories and on Globo TV  in Brazil.