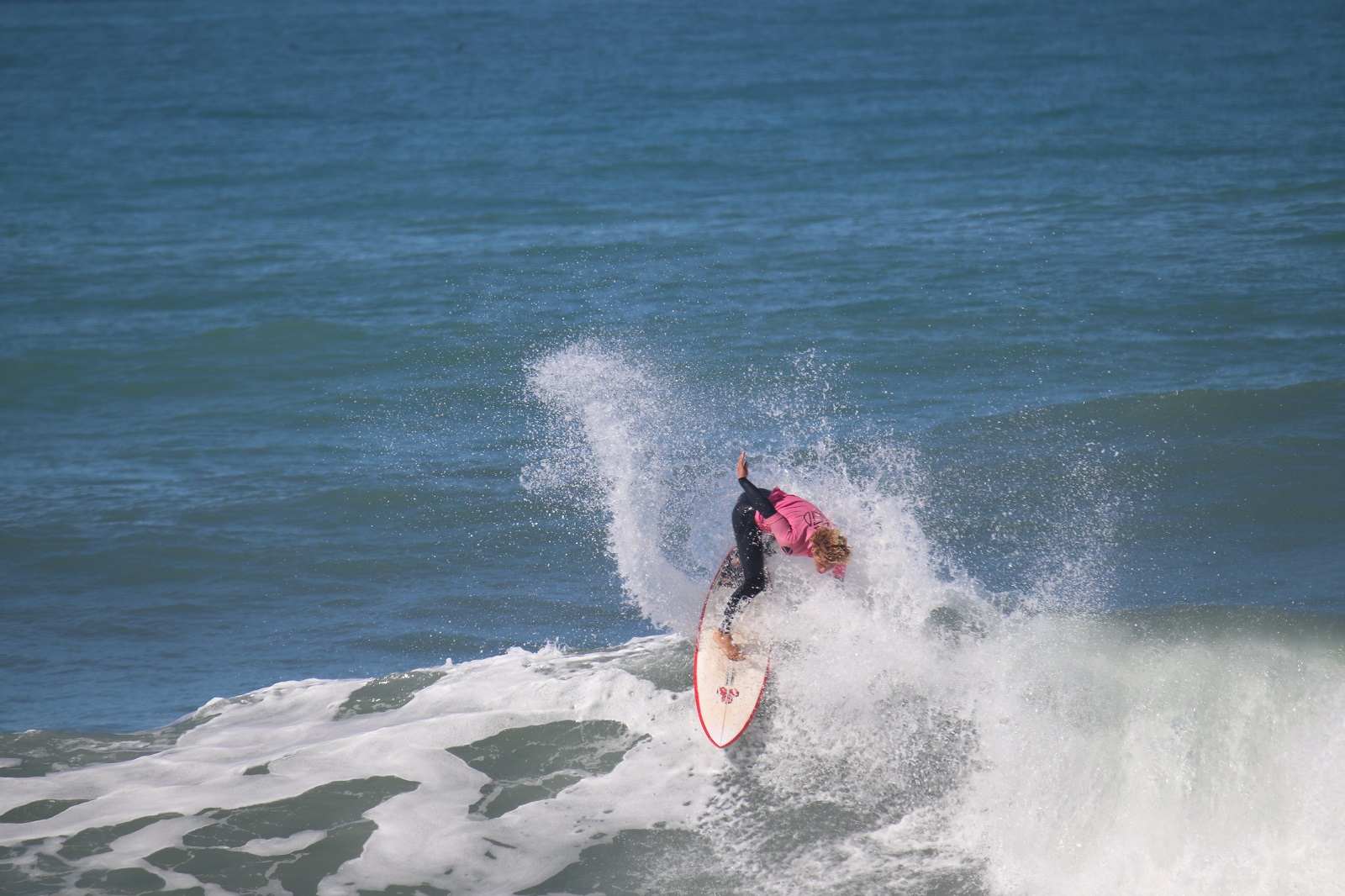 Kaikoura has turned on more pumping waves for New Zealand’s top young surfers with the first day of the Kaikoura Grom Comp being held at Meatworks today (Saturday 2nd April).

Participants from the length of the country enjoyed solid 1.0m waves and light variable winds all day.

The Kaikoura Grom Comp is the third and final of the Connect Group South Island Grom Series and comes hot on the heels of the Christchurch leg held last weekend, that also scored pumping waves at New Brighton Beach.

Surfers in the Under 18 Boys Division smashed the afternoon conditions with some powerful performances.   Christchurch surfer Rakiatea Tau used his Under 16 Boys Division heat to warm up but it was his heat in the Under 18s that he went to town in, surfing to the day-one high score of 13.47 out of 20.  Tau kicked off the heat with a 7.0 point ride and then completed a massive close out turn on his second ride to net a 6.47, his performance putting his opponents on notice for the latter rounds of the event.

New Zealand Junior Surfing Team members Tao Mouldey (Mnt), Spencer Rowson (Tara) and Jack Tyro (Chch) all advanced out of their early rounds in the Under 16 Boys Division.  Mouldey top-scored with some explosive surfing that netted him 13.33 out of a possible 20 points.  The boys have several more events in New Zealand before they head to El Salvador for the World Junior Championships at the end of May.

In the Under 16 Girls Division it was Sophia Brock (Mnt) that took top honours with a convincing heat win, advancing to the semifinals alongside Lenka Cargill (WC).  Poppy Entwisle (Chch) was on double duty after surfing in the Under 14 Girls Division early and surfed to a 10.10 point heat total to advance.

Earlier in the day, the Under 14 Divisions kicked off first thing in the morning with Alexis Owen (Dun) bouncing back to form in the early heats posting 12.17 points for a comfortable heat win and progression into the semifinals.  Owen is joined by local surfer Sonny Lyons who won his heat as did the Frazerhurst brothers, Jesse and Sam and Mount Maunganui’s Zen Mouldey.

Under 14 Girls National Champion Poppy Entwisle (Chch) looked strong making easy work of her Under 14s heat as did Tessa Gabbott (Dun) and India Kennings (WGM) who both won their heats.

Full results from Day 1 and the schedule for Day 2 of the event can be found here.  Conditions are expected to remain similar for the final day of the event on Sunday with light winds and a building south swell.