Coleborn Stars on Day 3 of Hurley Australian Open of Surfing

Mitch Coleborn (Sunshine Coast, QLD/AUS) was the standout performer of the day — whipping tight and critical turns to score a monster 9.33 with a backup score of 8.00 to notch an easy heat win and advance into the next Round. Coleborn was in sync with the ocean and attributed his success to the WSL’s newly activated four man priority system at the QS6000 events.

“It’s so good to have priority in these QS6000 events now as it eliminates the hassling and takes all the nerves aways for me,” Coleborn said. “It’s good to be back in Manly — summer in Australia is a great way to start the competitive year, hopefully I can have a few more heats like that one.” 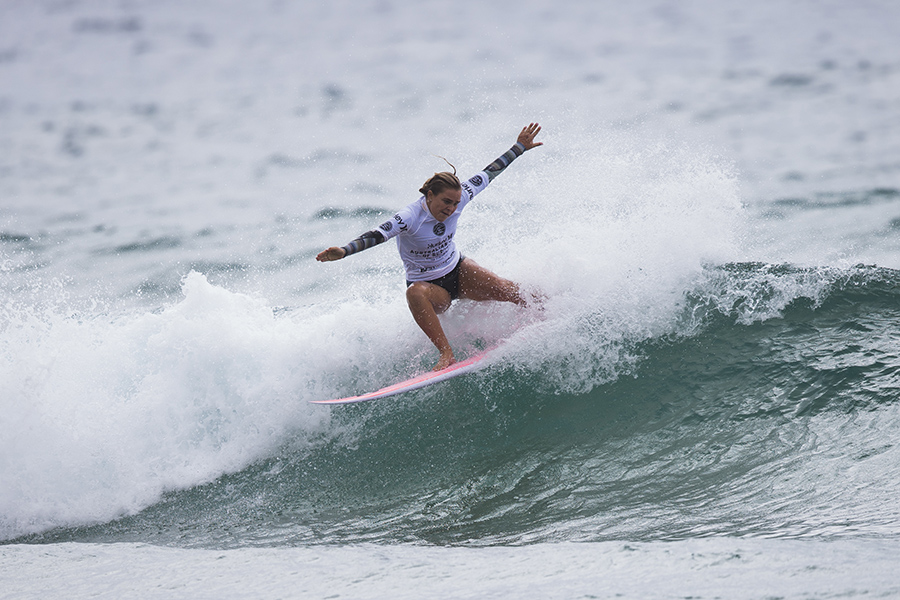 Felicity Palmateer getting back into the competitive groove at the Hurley Australian Open of Surfing. Credit: WSL/Matt Dunbar

Felicity Palmateer (Margaret River, WA/AUS) posted an impressive win in her first QS heat for 2015, she missed the previous events to focus on her art exhibition, but arrived in Manly to shift her focus back to surfing. Palmateer used her forehand power hacks to carve out some decent scores to advance into the next Round where she will face reigning six-time World Champion Stephanie Gilmore (AUS), Justine Dupont (FRA) and Georgia Fish (AUS).

“I had an art exhibition that I’ve been focusing on before this event and I think that worked to my advantage. I usually obsess over the contest and getting through heats, but here I just rocked up and went out and got through my heat. The surf is quite small, but I love going left so I made the most of it and I’m really happy with how today went.”

Isabelle Nichols (Sunshine Coast, QLD/AUS), who yesterday advanced into the Final of the Hurley Australian Open of Surfing Pro Junior  was on fire once again today. Nichols top scored in the women’s division netting a solid 16.60 (out of a possible 20) for her sharp and fast approach.

“My confidence has build with every heat so I’m feeling really good at this event,” Nichols said. “It was really fun out there. I know it sounds corny, but I wasn’t thinking about the heat I was trying to have fun so lets hope that keeps working for me. This is such a massive event, the site is so big and there’s a lot of people watching but I just have to try not to think about that.” 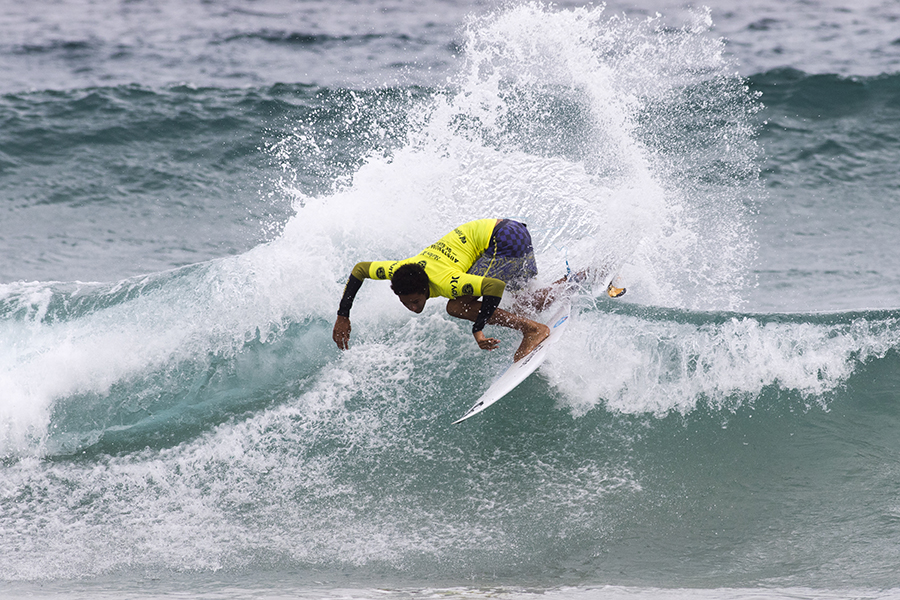 Michael February (South Africa) won his first heat of 2015 at the Hurley Australian Open of Surfing today, using his lightning fast backhand hooks to glide into the next Round. February hasn’t competed since November and was able to overcome the nerves and fight through a tough heat.

“I haven’t surfed in a contest since November so it felt really weird going into that heat,” February said. “There’s been lots of good waves at home, but where I live is often like this so I’ve been able to prepare for all conditions. I’ve got a good enough seed to get into all the QS6000 events, but I really want to improve my position so I can get into the QS10,000s.”

Jean Da Silva (Brazil) scored a coveted Round 1 heat win in one of the tightest heats of the day. All four surfers had decent scores in their accounts, but it was the Brazilian’s 8.83 (out of a possible 10) that was the difference and saw him take top position.

“There’s a lot of Brazilians here in Manly and we’re all still feeding off Gabriel Medina’s first World Title win last year,” Da Silva said. “I always knew we would have a World Champion from Brazil, but seeing it happen has fired us all up. It’s great to be here, the waves in that heat were like a left hand point so I was loving it out there.”