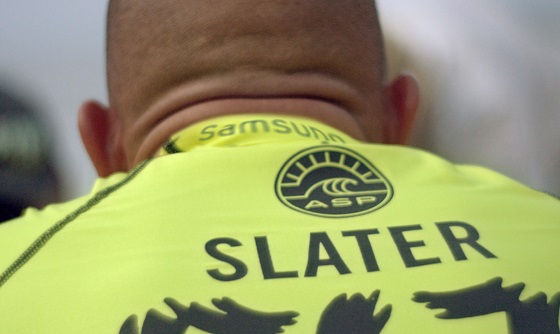 Caption: Still from Samsung’s ‘Every Day is Day One’ film that premieres today
Photo: SAMSUNG

This is the first U.S. professional surf tour coordinated by the new ASP — which now broadcasts competitions live from www.aspworldtour.com — where fans can immerse themselves in the athleticism, drama and adventure of surfing anywhere and anytime it’s on.

“ASP is a league on the rise. In all my years of surfing, the ASP is delivering the best sporting experience I’ve seen — made for the millions of dedicated fans worldwide, the athletes and our partners,” said Slater, an 11-time ASP World Champion. “Athletes are competing at higher and higher levels, fans are engaged and the sport is reaching people who might not have seen it before and they’re loving it. It’s an exciting time for surfing.”

The group of elite surfers currently in New York City include:

“We’ve built a new league from the ground up, with all the major events under one roof, to offer fans the very best of professional surfing,” said Paul Speaker, ASP CEO. “Since launching the new ASP, our audience is growing tremendously from Brazil to Australia and, to our surprise, in countries such as China, India and others.”

Coinciding with today’s New York tour, Samsung is premiering their film “Every Day is Day One,” available at youtube.com/samsung, in celebration of their partnership with professional surfing. The film showcases all levels of surfers from around the world and shares the message that every day, every wave is an opportunity for greatness.

The ASP organizes the annual tour of professional surf competitions that designate the champions in Men’s, Women’s, Big Wave, Longboard and Juniors. ASP also spearheads the Qualifying Series which is the main channel for up-and-coming surfers to earn a spot in the World Surfing Tour.

At www.aspworldtour.com fans can travel alongside the athletes to the most exotic locations in the world and immerse themselves in the sport of surfing with live event broadcasts, social updates, event highlights and commentary on desktop, TV and mobile.

The World Surf Tour was founded in 1976 to celebrate the elite athletes, diverse fans and dedicated partners that together embody professional surfing today. The ASP headquartered in Los Angeles, California with a Sponsorship and Sales Office in New York as well as offices throughout the globe, dedicated to: Bringing the athleticism, drama and adventure of pro surfing to fans worldwide; promoting professional surfers as world-class athletes and; acting as good stewards of the environment both in and out of the water. More information about the ASP can be found at www.aspworldtour.com.