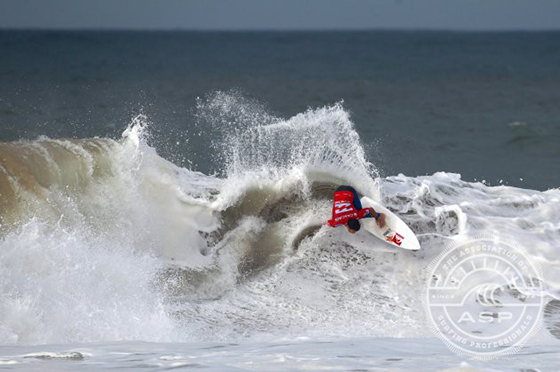 Pictured: Jeremy Flores (FRA) will hit the water first when the event resumes.

Event No. 6 of 8 on the 2013 ASP Prime Series, the Cascais Billabong Pro completed the first two rounds of competition in challenging conditions over the past two days and will wait for an improved situation to resume.

“We all knew this was coming to us today, a proper storm hit the coast with really strong winds  that make it impossible to run any competition today,” Pritamo Ahrendt, ASP Head Judge stated. “We’ve called a Lay Day and will be back bright and early tomorrow to re-assess and probably re-start the event.”

The next call will be held at 7:45am tomorrow at the primary venue of Carcavelos.