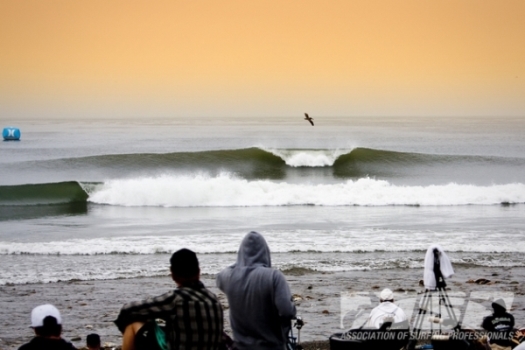 The event, scheduled to run in conjunction with the men’s Hurley Pro at Trestles, will take place in September 2014 and will bring the elite ASP Top 17 to the famed cobblestone pointbreak of Lower Trestles for the first time in history.

“Lower Trestles is one of the most high-performance waves on the planet and we’re absolutely thrilled that the world’s best female surfers will be here in 2014,” Jessi Miley-Dyer, ASP Women’s Tour Manager, said. “The addition of this venue to the women’s schedule is indicative of ASP management’s commitment to enhancing the women’s tour and placing these women in excellent waves. I’m excited to see what the ASP Top 17 do out here in 2014.”

Sponsorship for the women’s component of the event is to be determined, but its addition to the tour in 2014 has been significantly supported by the Hurley Pro at Trestles.

“It’s been a very productive process working with new management at the ASP as well as California State Parks to get the permits necessary to add the women’s component next season,” Pat O’Connell, Hurley’s VP of Marketing said. “Trestles is a tremendously rippable wave and I think the world’s best female surfers are going to really turn heads out there next year.”

Today’s announcement confirms ASP Management’s commitment to enhancing women’s professional surfing as the first of many public announcements to come.

“This is an excellent first step,” Paul Speaker, ASP International CEO, said. “I truly believe that the women surfing at the elite level of competition are some of the most inspiring athletes and individuals I have ever come across. Providing them with a stable and quality platform upon which to perform is a crucial part of the ASP’s DNA moving forward. We’re very appreciative of the collaboration with Hurley, IMG and California State Parks on achieving this. This is the first of many exciting things to come.”

The Hurley Pro at Trestles is currently running from September 15 – 21, 2013 and is webcast LIVE viawww.thehurleypro.com

A full 2014 ASP schedule will be released in the coming weeks.