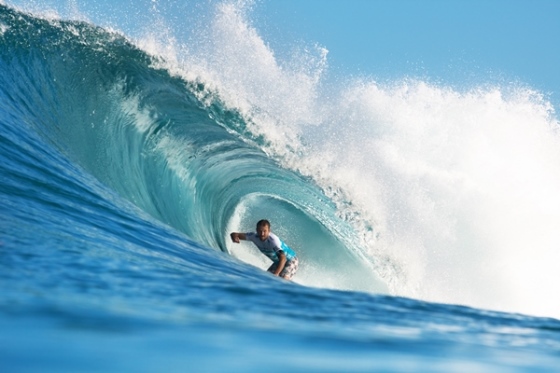 LOS ANGELES, California/USA (Monday, January 13, 2014) – With the 2014 ASP season upon us, Kieren Perrow is taking on his first season as full-fledged ASP Commissioner with the same passion, style and commitment to excellence that he exhibited in his many years competing amongst the world’s best.

“It’s a very exciting time for professional surfing and I’m both humbled and honored to transition into the Commissioner’s role full-time in 2014,” Perrow said. “Our office is charged with upholding the integrity of the sport of surfing, ensuring high standards are met within rules and regulations, defining dynamic changes to ASP judging, engaging with our athletes, developing a fluid and respectable career pathway and overseeing all technical aspects for the sport.”

Evident of his commitment to a fair and level playing field, one of Perrow’s initial executions for 2014 will be the complete separation of the rankings for the ASP World Championship Tour (WCT) and the ASP Qualification Series (QS) with ASP WCT results counting exclusively to the ASP WCT rankings and ASP Prime and Star results counting exclusively to the ASP QS rankings – a departure from the last few years of a combined ranking system.

“The tweaks and alterations that have been made to the technical aspects of the sport over the past several years have been done so with one guiding principle – create a fair and balanced platform for the world’s best surfing to be rewarded,” Perrow said. “The combined ranking served a purpose throughout its time on tour, but the Commissioner’s Office believes that a separated ranking is the best path forward.”

This change will alter the qualification process for the elite 2015 ASP WCT, but the makeup of the ASP Top 34 will remain the same:

The Office of the Commissioner will be supported by ASP WCT Manager Renato Hickel, long-standing ASP Tour Manager Al Hunt, the ASP Judging Team helmed by Head Judge Richie Porta, surfer representatives across all disciplines as well as key personnel in other departments.

The first events of the 2014 ASP World Championship Tour (WCT) season will be the Quiksilver and Roxy Pro Gold Coast from March 1 – 10, 2014.